In the heart of London is a centre for the UK’s creative minds to meet and share great ideas. On Friday 28th April, Brendan Poynton reminded members of Britain’s music industry that “It’s a powerful thing when people get together to support grass roots music.”

There was a celebratory, start of the bank holiday weekend buzz in the room upon arrival, with many people catching up with friends and colleagues which lifted the anticipation of what was to come from the launch of SongwallLIVE! at The Hospital Club.

Opening up with Eyes of Change, Brendan kicked off the event with some thoughtful lyrics and a catchy chorus, quickly grabbing the attention of everyone within the room. Brendan continued with songs filled with passionate, thoughtful, relatable lyrics that held a captive audience. Lyrics such as “People stand dead & fading, or is this me I’m explaining?” let the music resonate with the audience and play on forgotten memories.

Brendan’s stage presence and music are of a kind that once he starts performing, you can’t move your attention away until he has finished, it is a demand to be heard that subtly slips between words and notes but one you cannot ignore and wouldn’t expect if you were to meet him in the street. However this is a man with a mission to be heard and for others to be heard and he will make sure you pay attention. Slipping in some audience participation keeps you involved with the gig as an active listener rather than just passively watching. 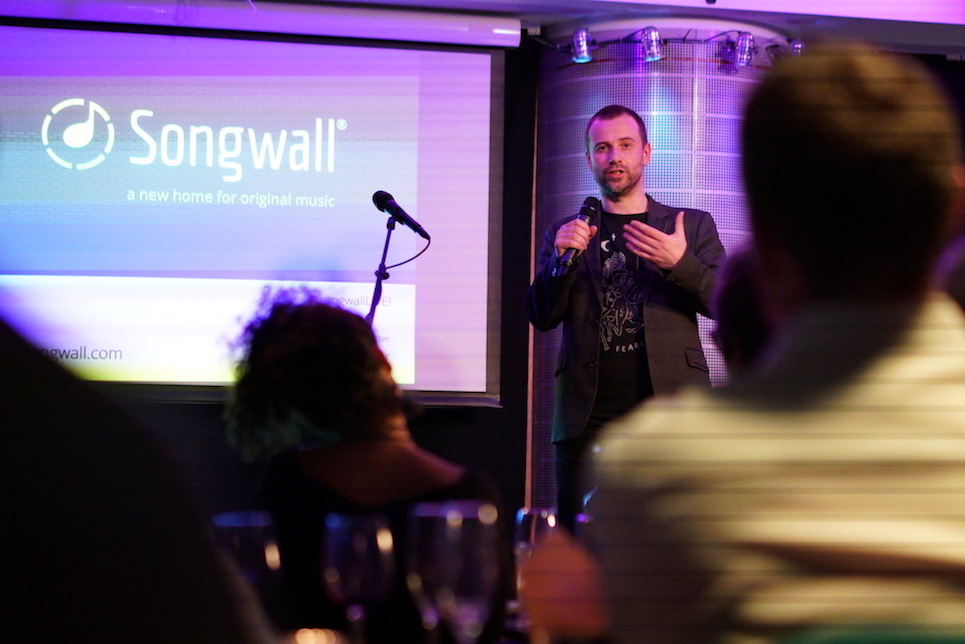 Finishing his set, Brendan spoke briefly over his experience with music and the industry, how he had had a publishing deal in the 90s, became bitter and left it all behind before reconnecting with music in Zambia through music workshops, leading him to develop a grass roots music property to raise the necessary funds to build a music centre there.

Having reminded the audience that you can’t keep a great song down, and how important connecting with music is throughout our daily lives, Brendan hit home about there being many gems amongst the grass roots of the music scene and how important it is to help these gems be brought to the ears of the public. Which is exactly where Songwall comes in.

Songwall is really just beginning and there is plenty more to come as they stand on the verge of exciting and potential investment talks.

After a 10 minute interlude to let the audience discuss the exciting possibilities Songwall could provide them, Hannah Brown stepped up to play.

Hannah had made the trip down from Birmingham to play to promote her upcoming EP that will be released on Songwall. Hannah brought a gentle change of pace to the gig, with songs that came straight from the soul. 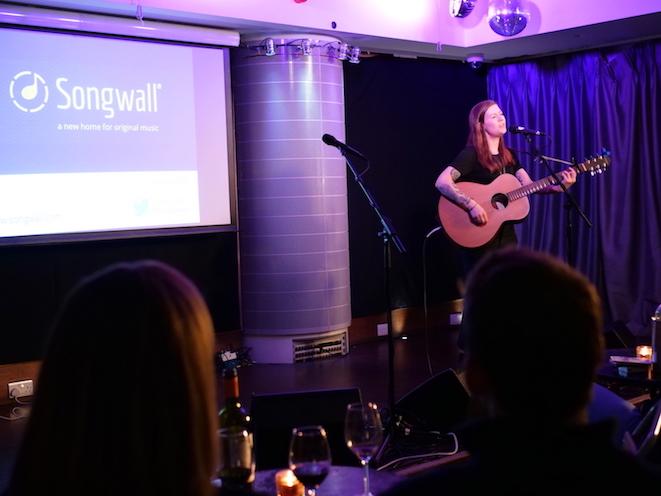 Opening with See It Now, you are exposed to parts of her soul in a way that makes it feel like a very special, private moment between just you and Hannah.

With some great interaction of the crowd, encouraging them through compliments, Hannah talked about her personal experience with Songwall and the support she is given as an artist. She then stepped up the pace with her new single Now, an empowering song with catchy lyrics such as “Go, go away from me now, I can handle the truth & so should you.” This was followed with Empty in a similar style with some great imagery within the lyrics.

Me & Deboe rounded the night off after a final brief interlude having travelled down from Chester and rounded the gig off on big high, picking the beat up with an indie-rock vibe. The End, their latest track which will be released soon on Songwall has some excellent harmonies and a dark, sexy feel to it to begin with, the simple lyrics mixed with an incredible instrumental section ended with a standing ovation from some members of the audience, the first of several. 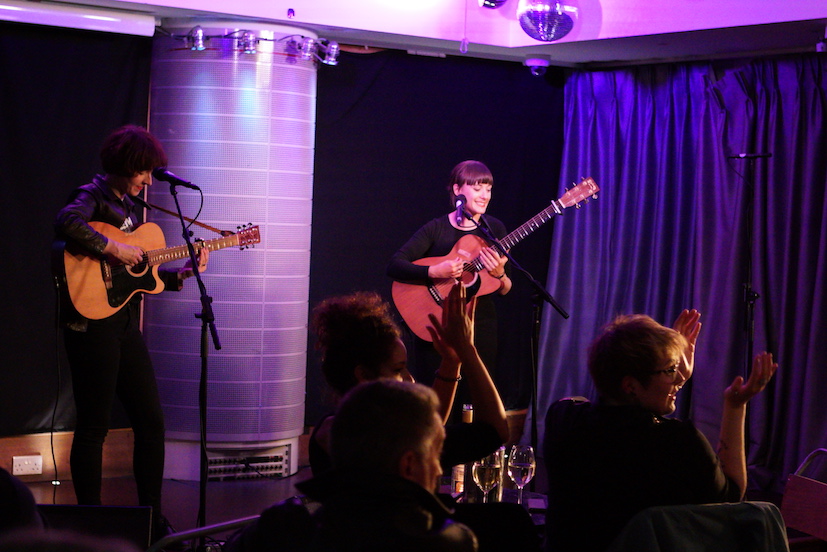 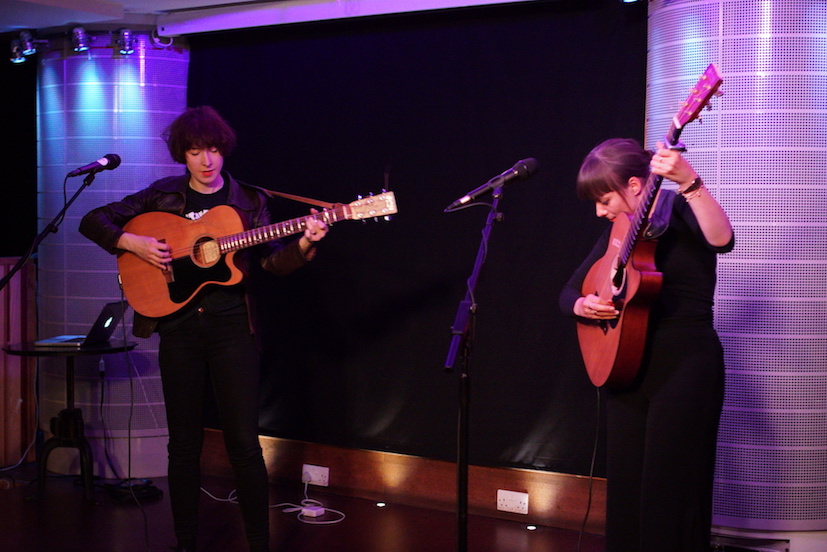 Mother Shipton, a song about a woman who prophosised ships in the sky, starts off a lot quieter than the previous songs with the choral vocals picking it up as the song continues to build with many audience members clapping along.

Glassface, which has been picked for the theme-tune for She Is, was another notable song played by Me & Deboe which had a great beat and more of a country feel to it.

Forward showed off their talent on the guitar with a rocky flamenco style.

The audience were not ready for the music to stop, so having gathered the crowd to the front of the room, the party continued with dancing to a medley of some classic tracks that no one could help but sing along to.

Overall an excellent night which was thoroughly enjoyed by all and we look forward to the next Songwall LIVE!

An added note from Brendan:
We have just enabled supporters of Songwall to have a FREE member profile. We will be introducing more benefits to this later down the line but please join us on the journey and register a member profile to be part of unearthing great new music > LINK 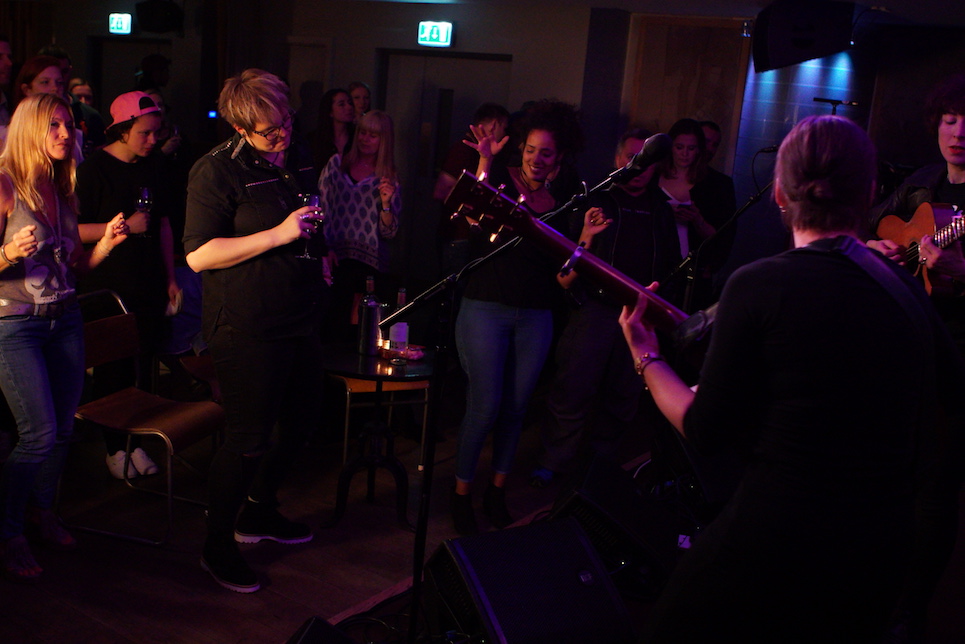 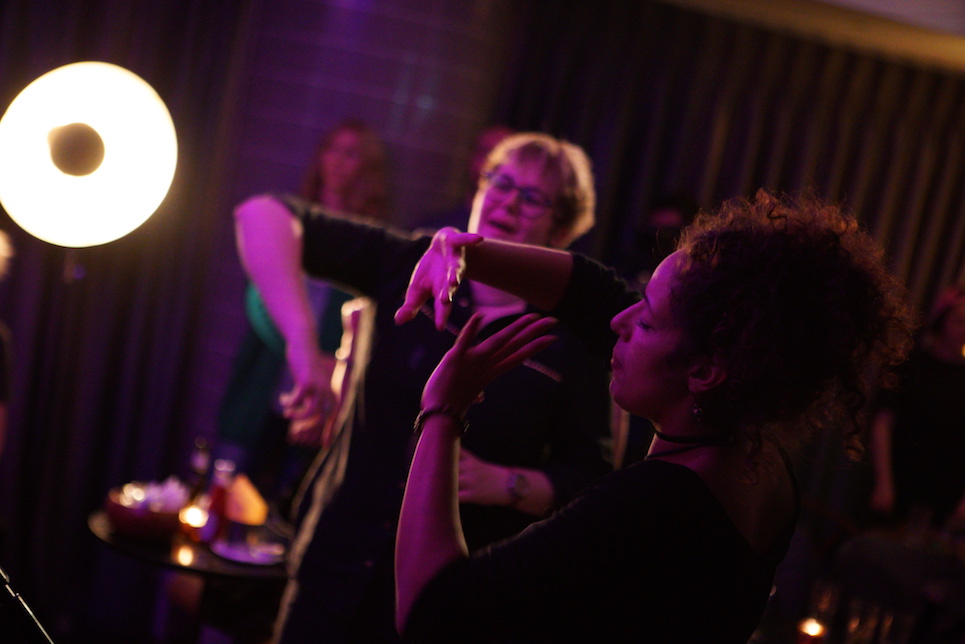 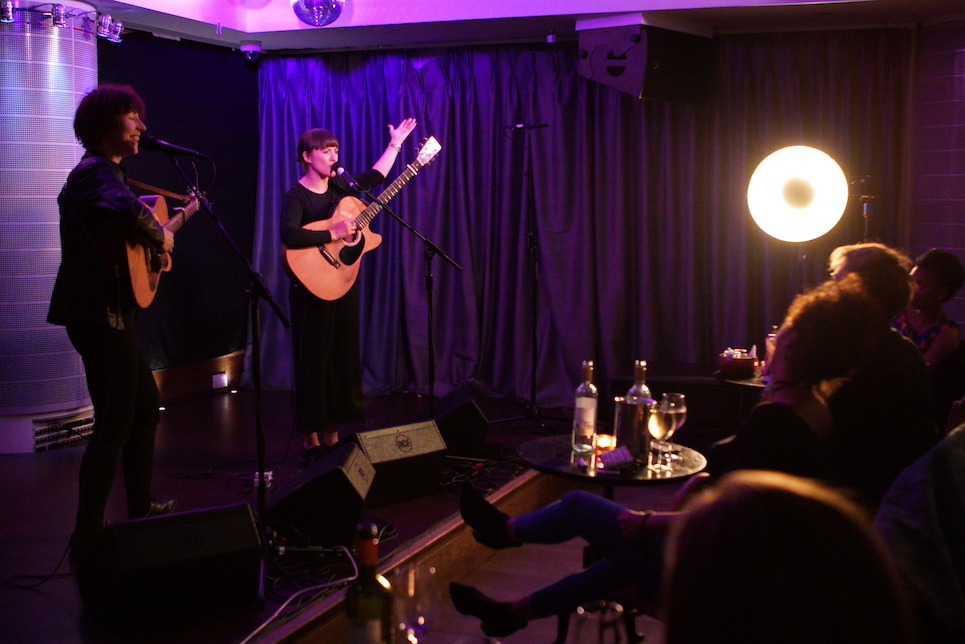 If you like it, download it.
Listen now to Me And Deboe, Hannah Brown and Brendan Poynton.
100% of the download (minus transaction costs) goes to the artist.

Article by Kitty Opal
Songwall LIVE! at The Hospital Club