This Thursday 10th November, we visited Birmingham’s creative quarter for the launch event of BASS 2016. The BASS (British Arts and Street Sounds) festival for this year comprises events on a theme of Hip-hop 360, enabling discovery of all aspects of hip-hop culture and celebrating “legendary artists who shaped the sound of a generation”.

Our voyage of hip-hop discovery began on a dark, Digbeth street where we found Lab 11, a unique and versatile indoor/outdoor space sheltered by the roof of a white marquee but with the patio-heated feel of an alfresco gathering with friends. The headline act for this opening evening of Bass 2016 was Grammy-winning legend of the turn-tables DJ Jazzy Jeff, supported by Philadelphia-based hip-hop artist Dayne Jordan. The atmosphere was electric as the crowd awaited the main event, relishing the warm-up set from E Double D who brought humour and rhythm to the cold but effervescent evening. 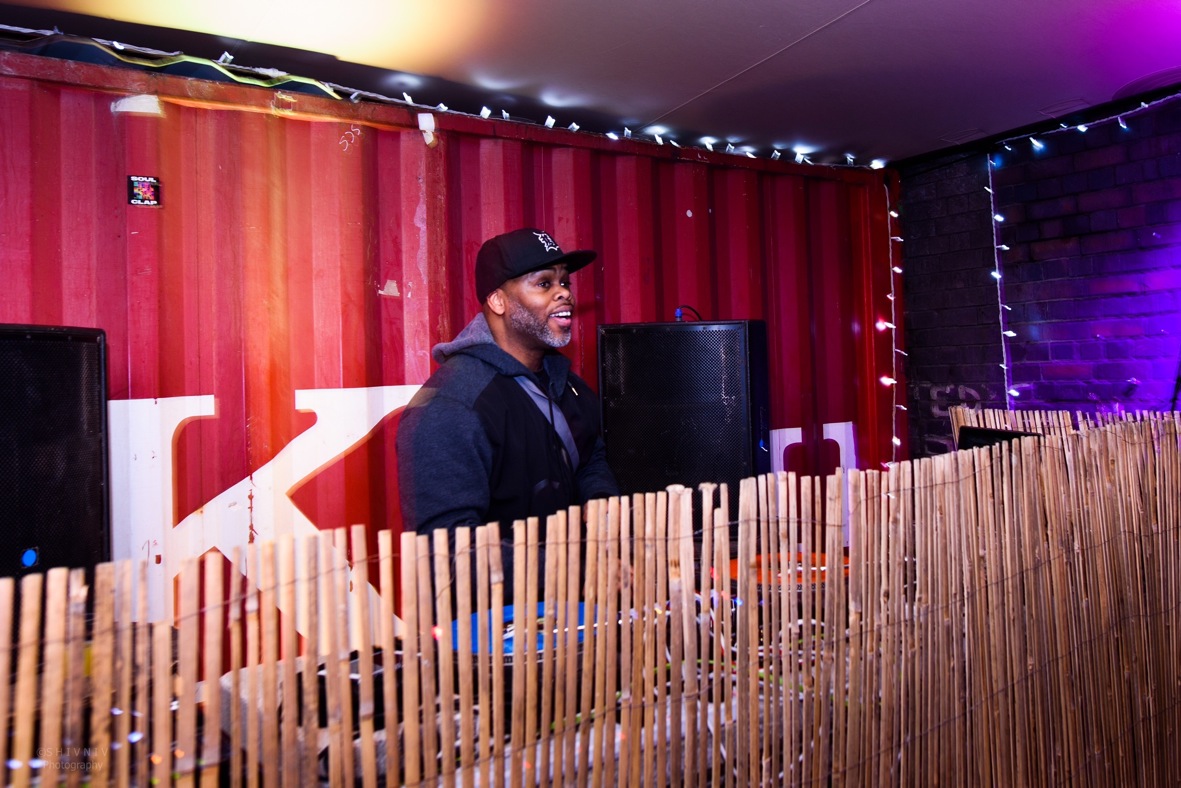 Strangers became friends as drinks flowed and groups gathered to sing and dance the night away. Introductions ably made by Dayne Jordan, Jazzy Jeff’s set opened up with a patriotic fanfare erupting from the turntables as the audience roared. The crowd began to jump and jive to the infectious beat as the joyful atmosphere built. Jazzy Jeff seamlessly incorporated each individual sound together to make a beat so infectious, so mesmerising that it fuelled the crowd to dance even more. A mixture of smoke and visible breath in the colder corners of the space escaped mouths and faded into the air, trailing across hands held high in euphoria. 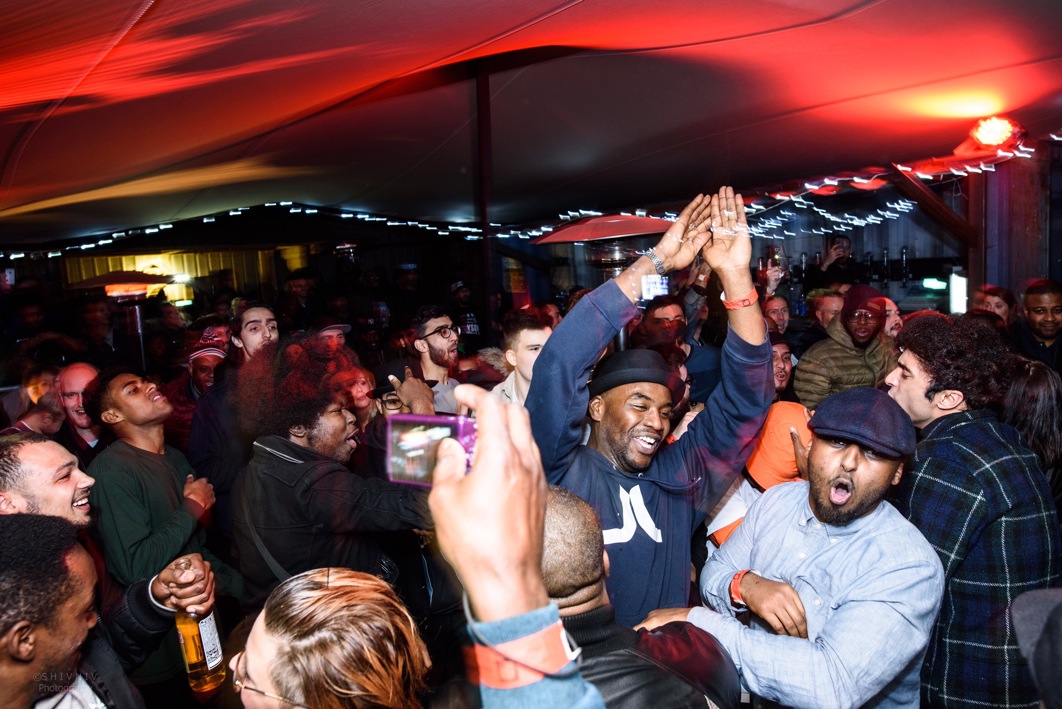 Groups of excited hip-hop fans pogoed into the air, journeying through track after crowd-pleasing track. Multi-coloured lights circled their elated faces as Jazzy Jeff effortlessly merged one song into another. A master of surprise, Jazzy Jeff kept the audience guessing, as the songs switched from fast to slow pace, from classic anthems to unusual and unexpected choices ranging from instrumental classical piano to Amy Grant and The Commadores, all interspersed with sounds of the turntable scratching away. Jazzy Jeff gave the decks his full and intense concentration, opening the floor for the witty dialogue and impressively engaging live rap performance delivered by Dayne Jordan, drawing in and invigorating the crowd, praising their endless enthusiasm and energy. 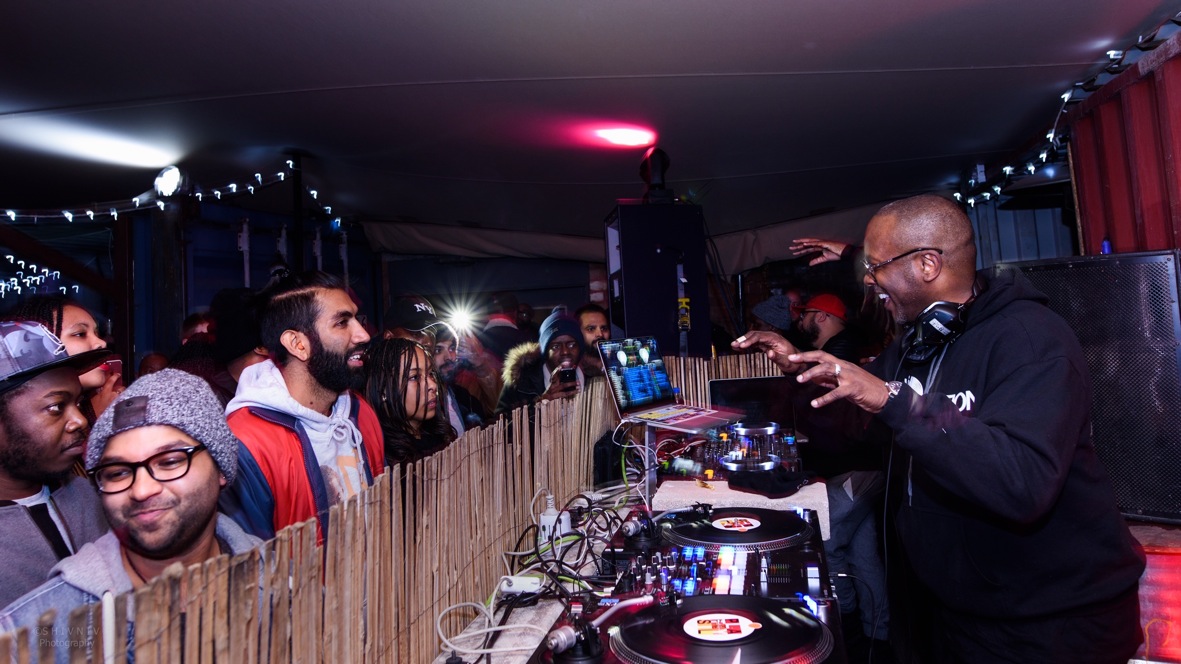 A circle formed on the right hand side of the crowd as a dance battle began to erupt, to the delight of both the artists and fellow audience members alike. Iconic tunes including ‘Summertime’ and the “Fresh Prince of Bel Air” theme blasted from the speakers. The dancers twisted and turned with focussed expression on their faces, completely captivated. After around two hours of a compelling, high energy set, DJ Jazzy Jeff left the decks, the crowd chanting along to a looped refrain ‘that DJ made my day’.

It is safe to say that, for the grateful music lovers who experienced the evening, he truly did. 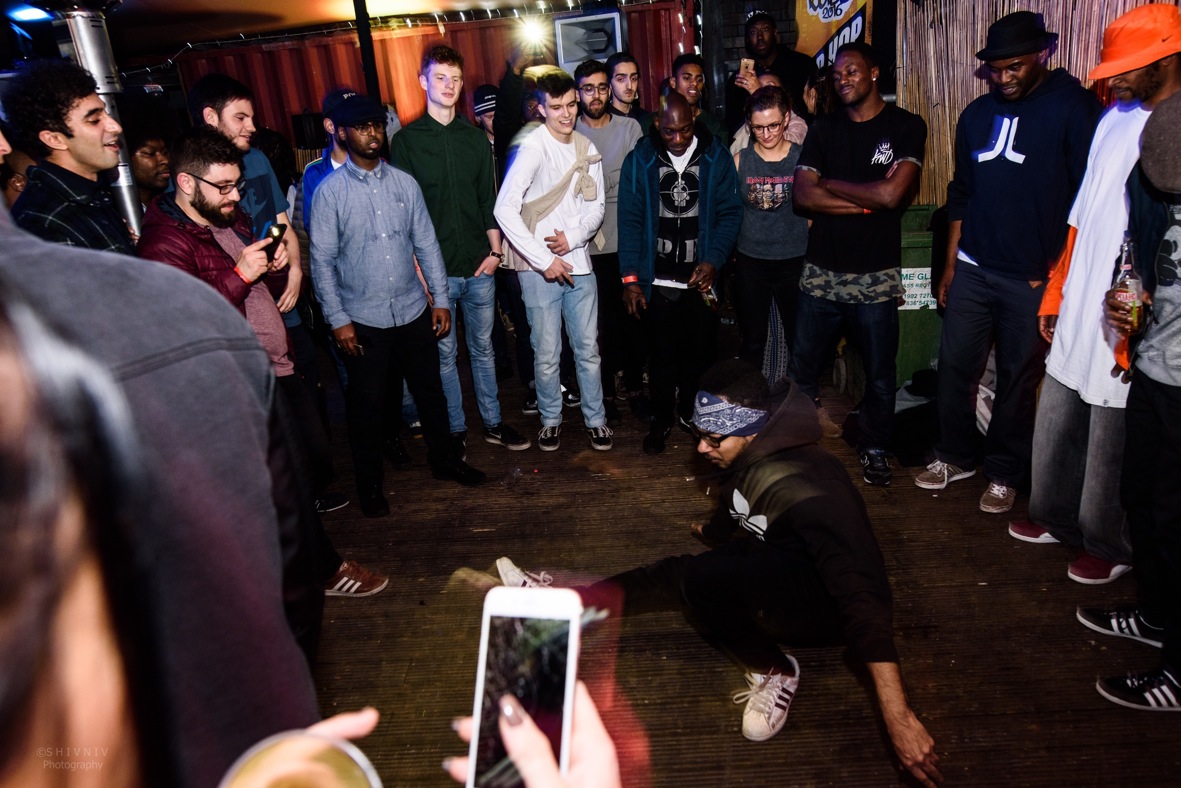 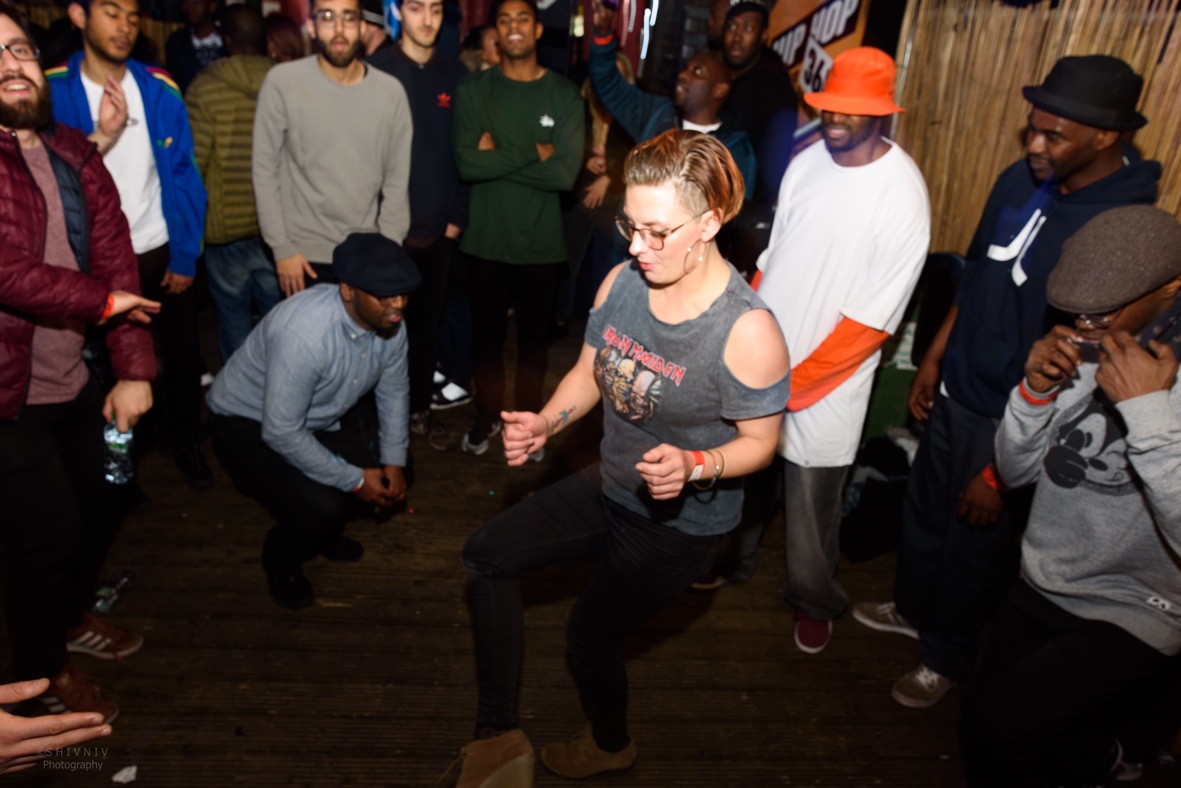 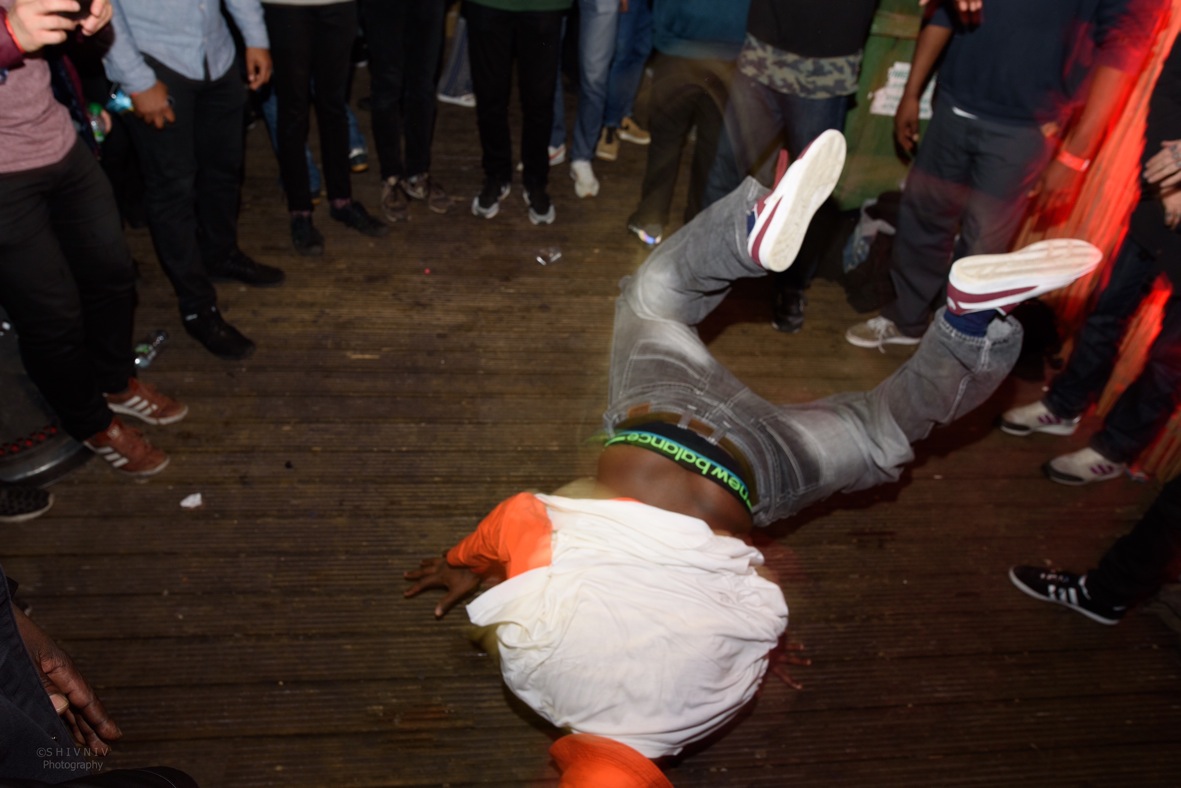 The next Bass2016 event is 18th November with Diamond D vs Large Professor at The Spotlight in Digbeth.

Written by Steff Hanson
Edited by Beccy Clark. ( That DJ Made My Day )
Photography by Shiv Francis 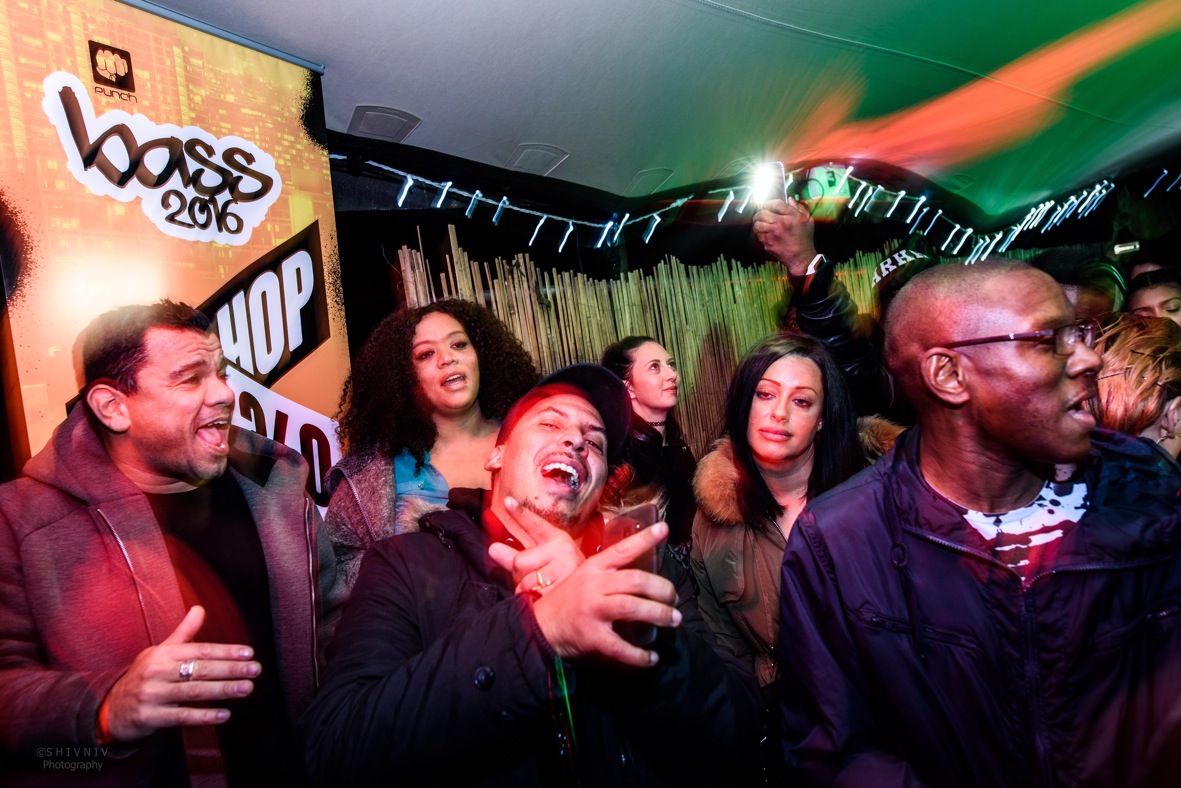 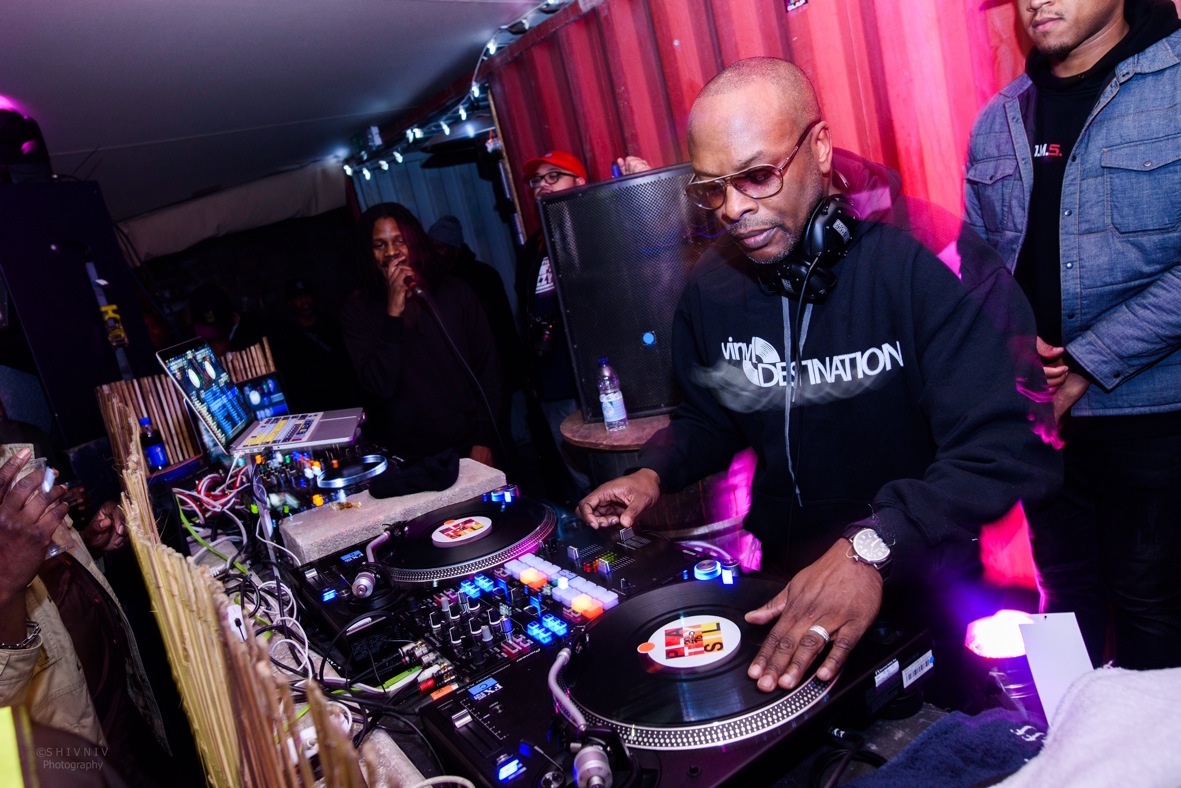 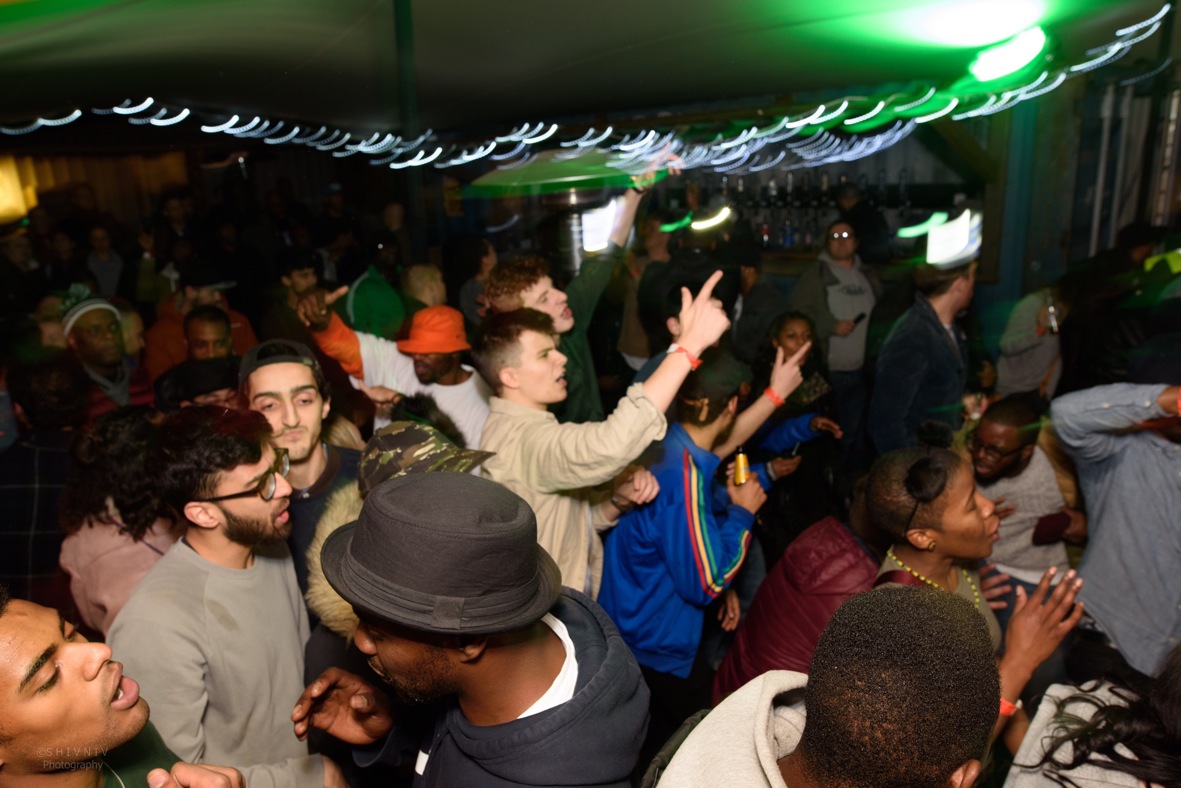