Last week, Songwall hosted it’s first “Songs in the Sky” event, held in the breathtaking Staying Cool at the Rotunda penthouse in Birmingham.

It would have been possible to spend the entire evening just gazing through the panoramic windows at the incredible view, or watching the changeable weather from the amazing (if slightly terrifying to the height-wary spectator!) balcony.

But “Songs in the Sky” was, above all else, an evening of celebrating new music and, in the words of Songwall founder Brendan Poynton, “valuing artists and connecting them with new music explorers”. Music is indeed the food of love and it did, indeed, play on!

Brendan, a singer-songwriter himself, commenced the evening with two of his own songs. He performed with ease, wit and passion, engaging the audience and filling the intimate space with memorable melodies. A perfect start to the evening following his inspiring welcome speech.

The “Songs in the Sky” competition runner-up was Rachel Mayfield, who unusually and fittingly opened her set with a poem, “Show You My Birmingham”. She followed this with a moving and thought provoking rendition of her song “To Dad”.  Rachel’s openness and warm honesty was evident both in person and performance. She described the Rotunda as the perfect place to perform, her emotion resonated throughout the audience and her passion was palpable.

The competition was judged by Tom Hingley (formerly of Inspiral Carpets) The winning song was described as ‘..breezy, energetic with an underlying melancholic lyrical structure redolent of the Boo Radleys.”

The headline act of the evening were the competition winners, Plastic Barricades, a four piece band from London. Plastic Barricades were like a cheeky, weekday glass of prosecco – effervescent, revitalising, strangely comforting and liable to make you smile. Watching these guys play was to observe the joy of music in human form – the sneaky side-glances and grins at each-other during the performance was endearing and heartening. These were people really enjoying what they were doing! The journey through their set was deftly led by lead singer Dan, who thoughtfully introduced each song. Every track felt comfortably familiar but new and exciting at the same time and each was performed with the same life-affirming energy which made them a pleasure to watch.

Off stage, the Plastic Barricade boys were warm, grateful and humble. Dan referenced having posters of judge Tom Hingley on his wall growing up and expressed “…dreams do come true”.

The music came to a close just in time to allow the artists and guests to enjoy panoramic views of the Birmingham sunset – truly a sight to behold and a fitting end to a one-of-a-kind evening.

Congratulations again to the worthy winners. We hope to see much more of you in the future!

For the latest news on Songwall events go to the Songwall homepage, scroll down and sign up to the Songwall newsletter. Live footage of Songs in the Sky will be coming soon, so please keep your eyes peeled!

In the meantime, why not join the launch of our next event Songwall Sessions at The Cogs Bar 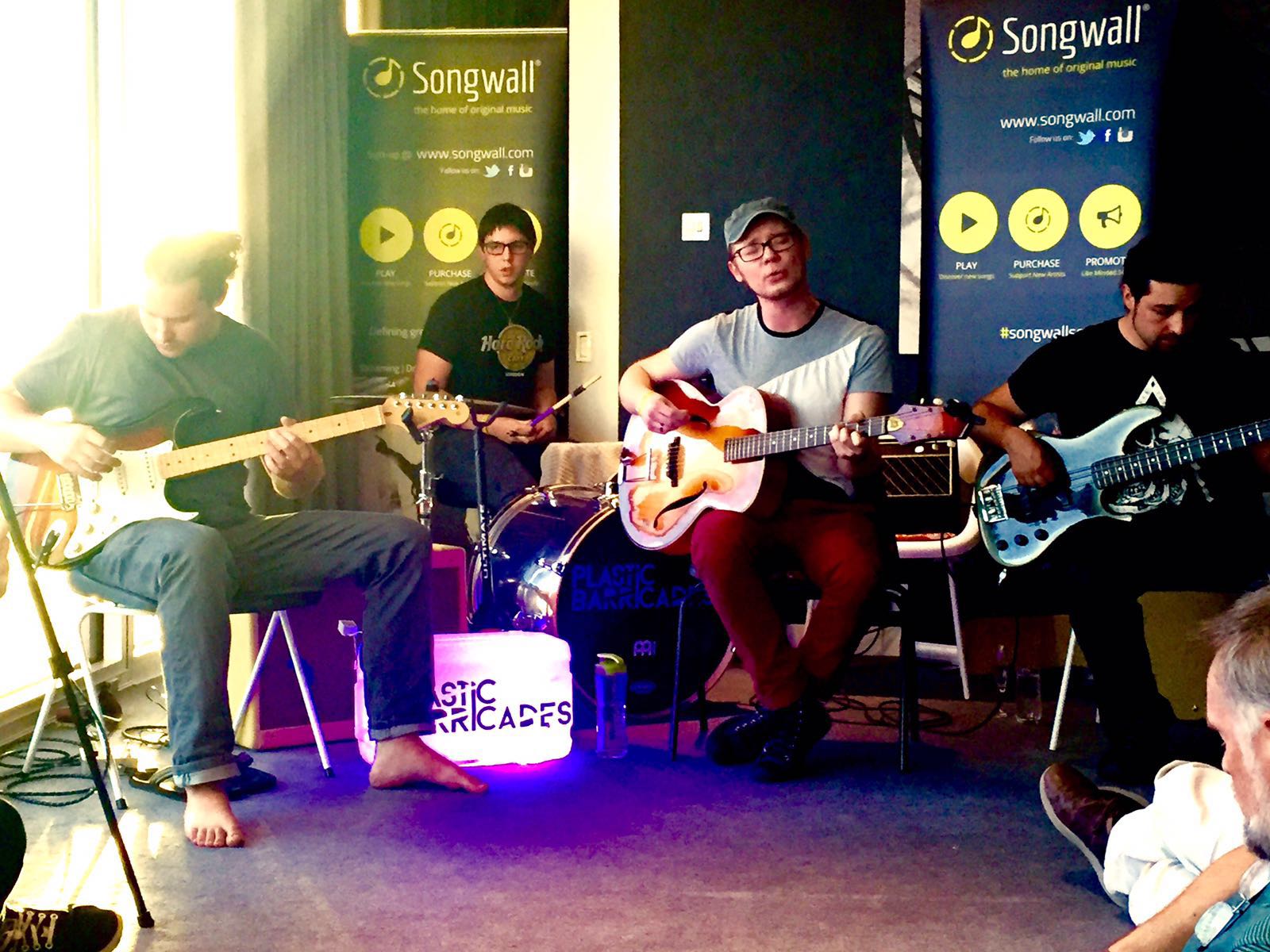 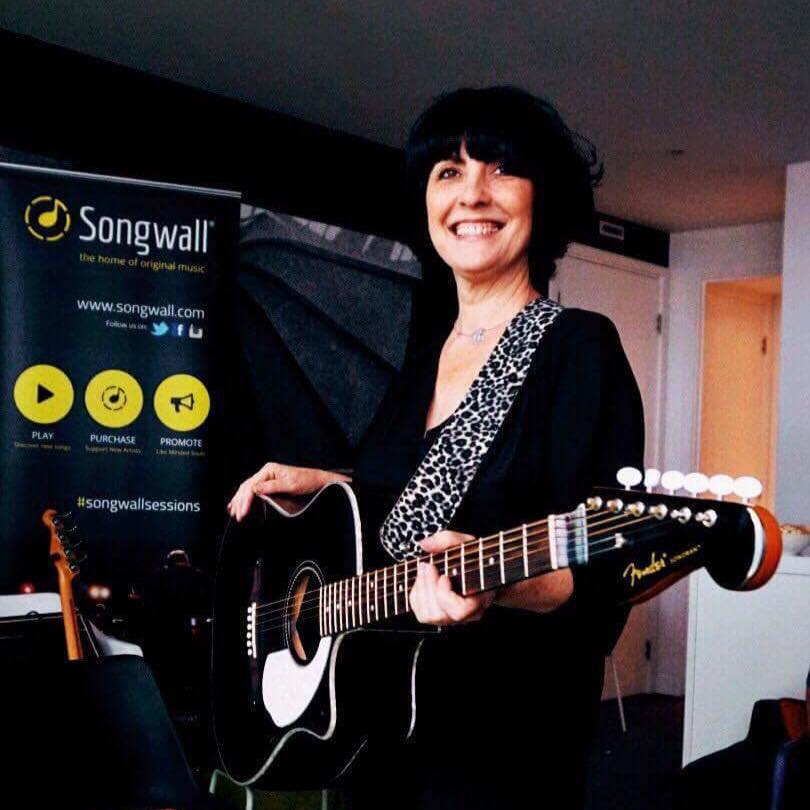 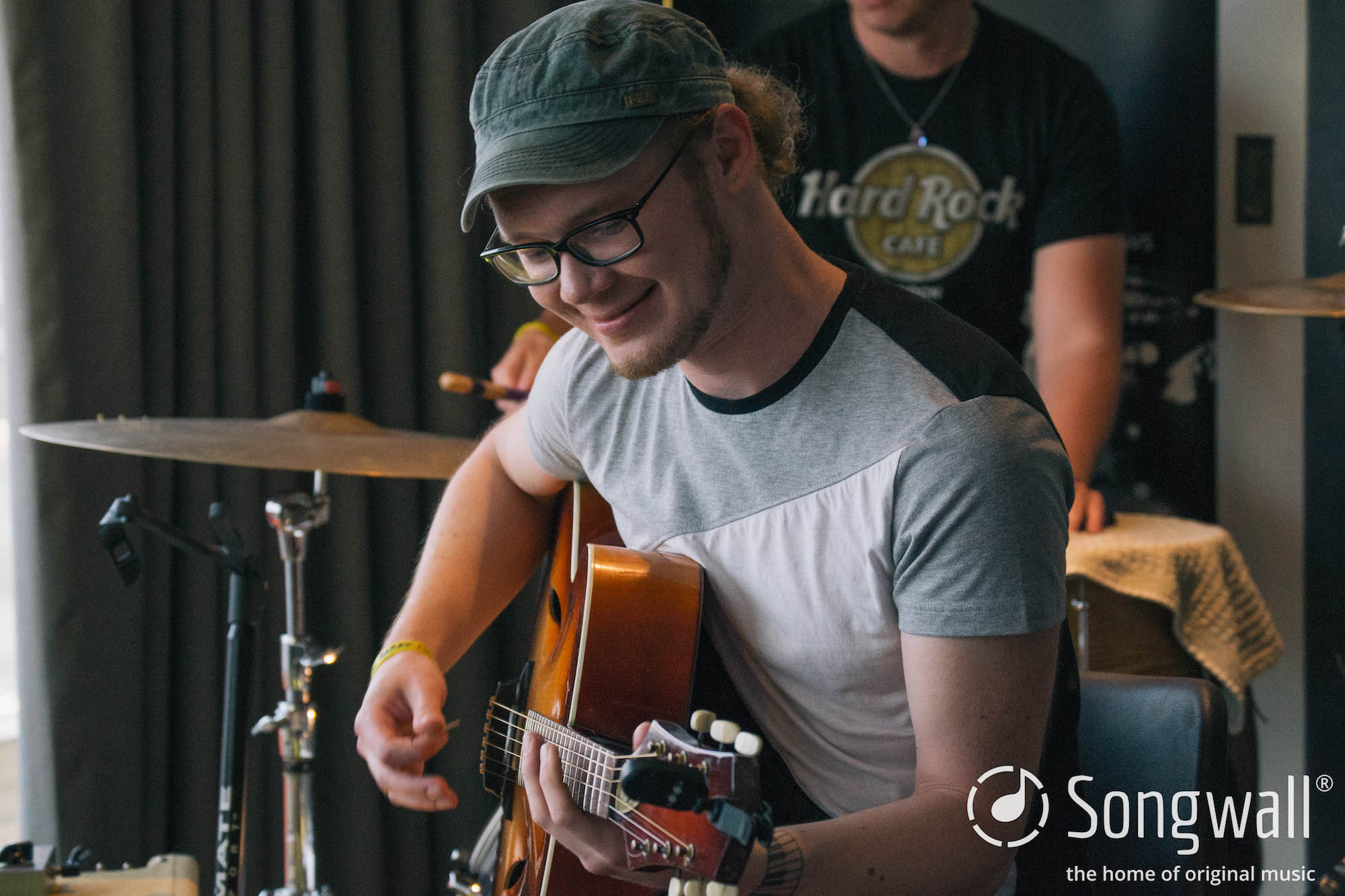 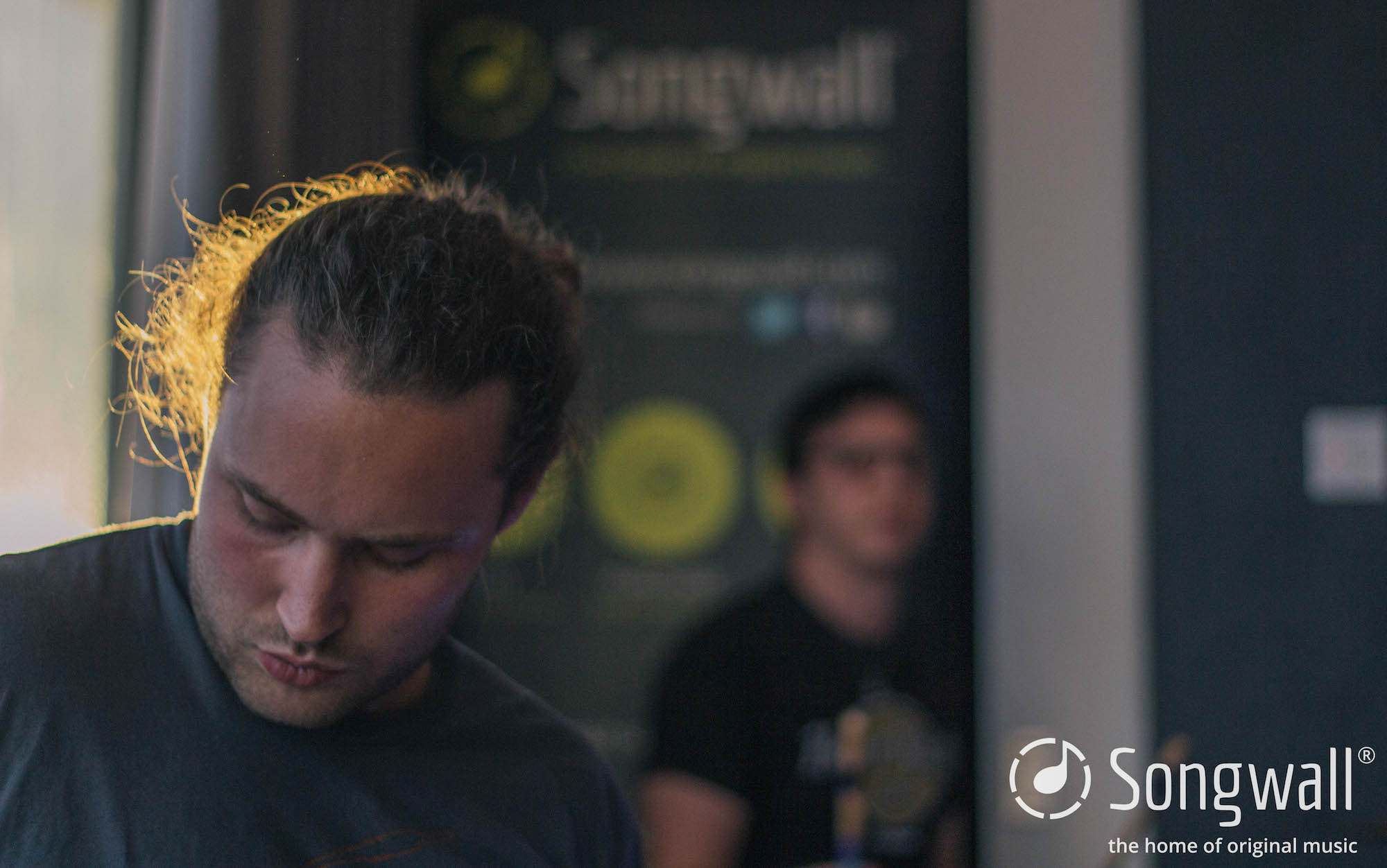 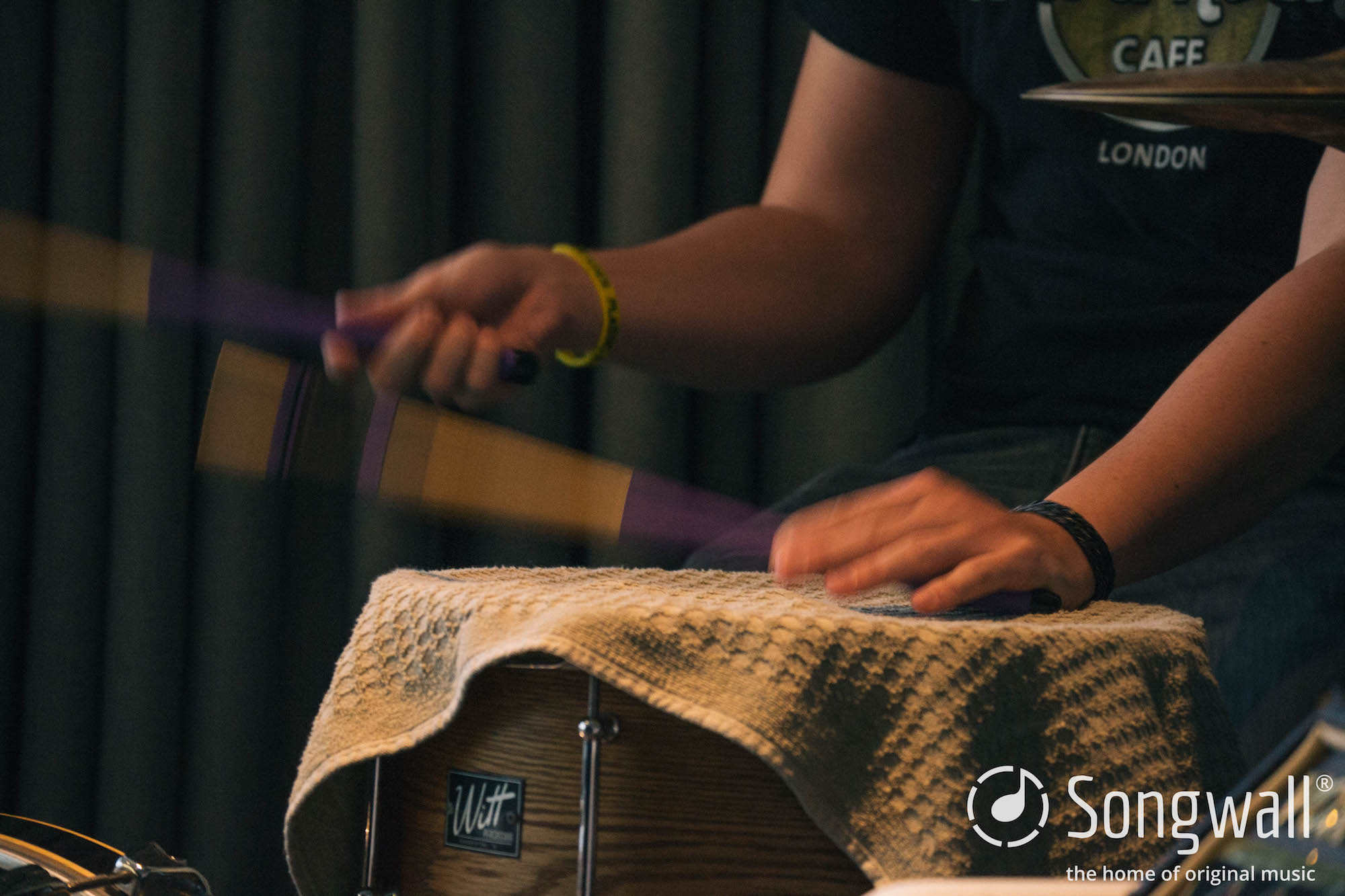 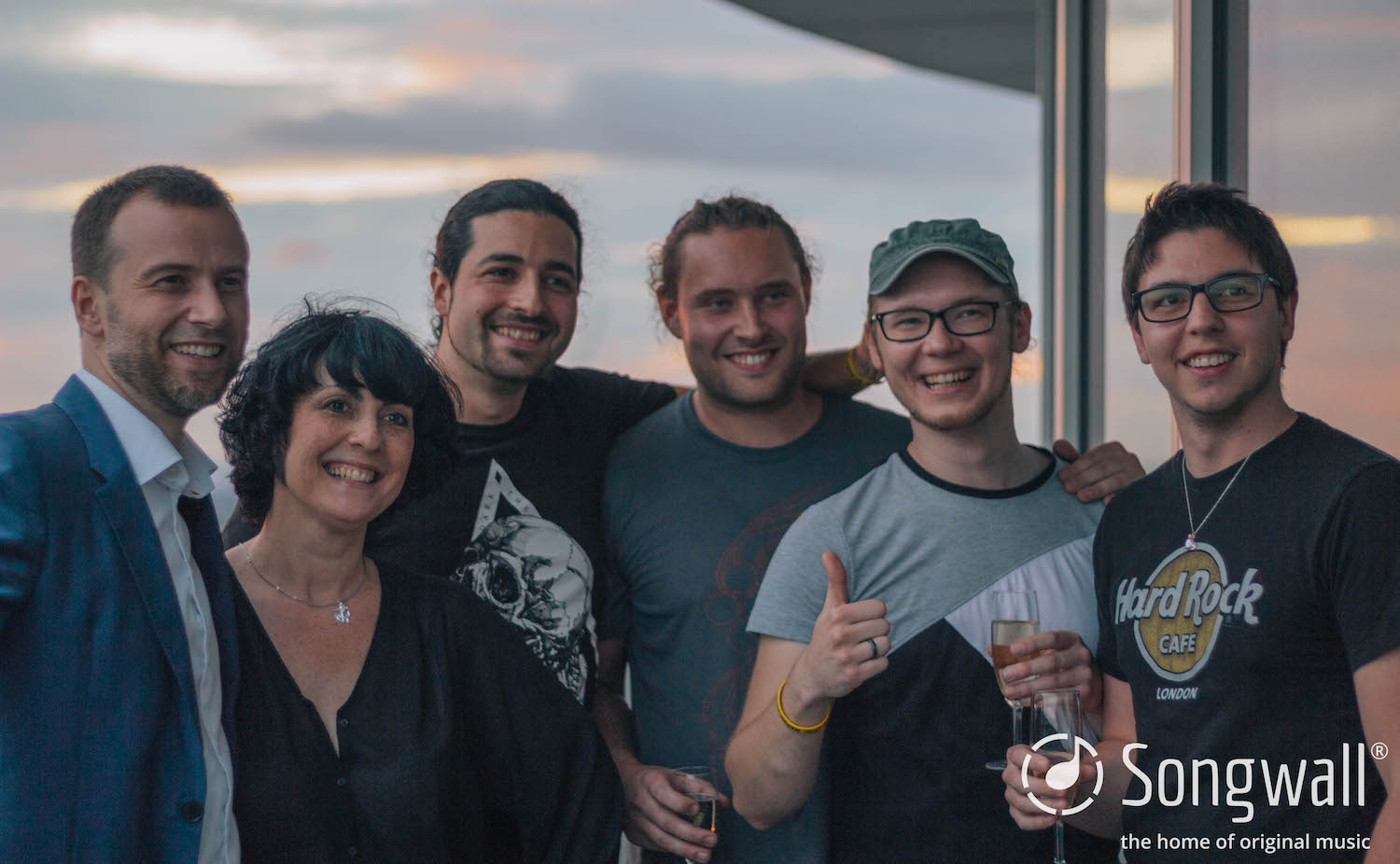 ‘Songs in the Sky’ artists @ Staying Cool at the Rotunda