BASS 2016 went out with a bang when it’s final event saw scores of hip-hop enthusiasts gathered at the O2 Institute as legendary artist Slick Rick hit Birmingham as part of his long-anticipated UK tour.

This tour represented a homecoming for the man credited as being the most sampled hip-hop artist ever, who was British born and raised in Mitcham until the age of 11 and has not performed in the UK since 1985. Birmingham certainly rolled out the red carpet for this ambassador or rap royalty.

A wall of sound, light and shimmer hit home on entering the performance space; beams of purple, yellow and blue swooping across the crowd, briefly showing flashes of lively conversation, laughter and lyric-mimicking lips as bass and beats reverberated through the room. With angled ceilings, strangely reminiscent of an ancient pyramid, the room boasted a silver-accented silhouette of the man himself, signature eye-patch glistening, adorned the stage – a pharaoh-like icon of an idol. 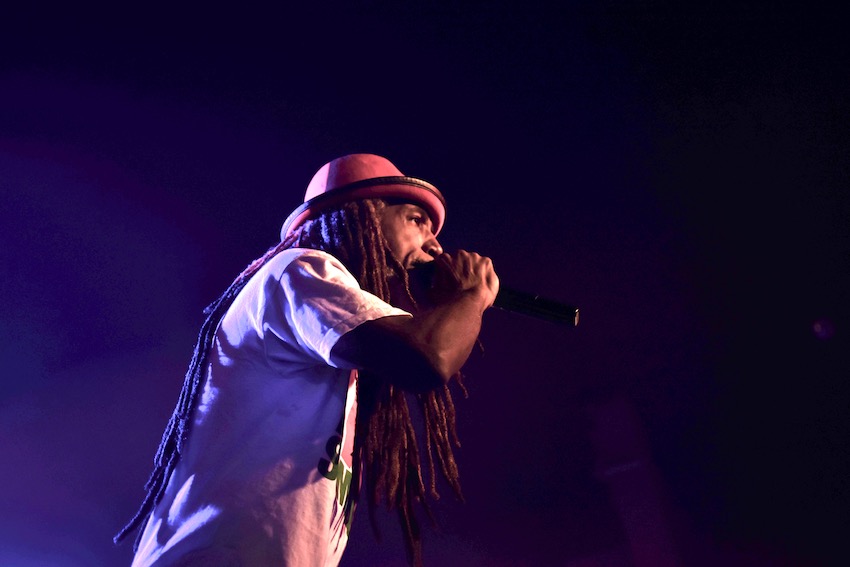 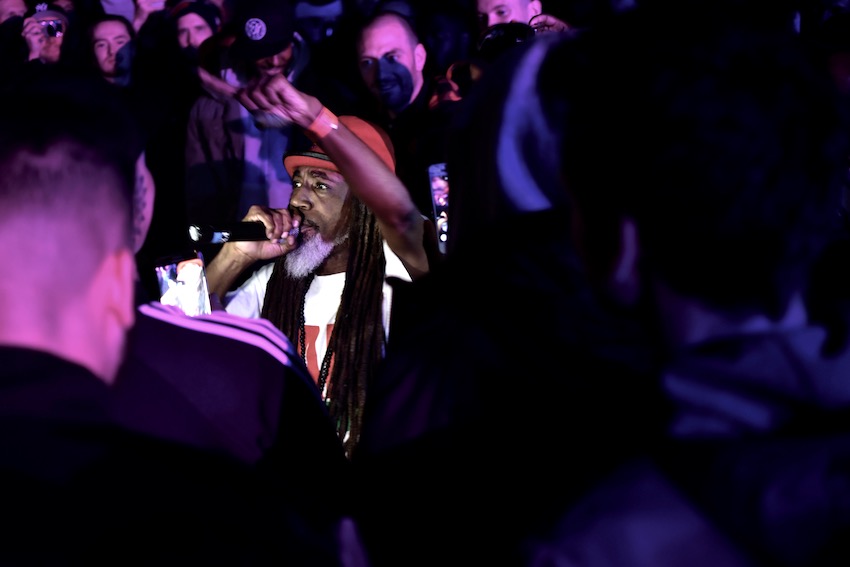 The audience erupted with energetic appreciation in response to an unexpected performance by Jurassic 5 rapper Akil The MC. Exuding exuberance, stage presence and zest for life Akil the MC fired up the crowd, every member joyously repeating back on command the inspiration incantation “I am somebody”. Akil the MC performed part of his set from deep within the centre of the crowd on the floor, lit by a sea of disbelieving and revelrous fans’ phones as they captured a piece of the moment for themselves. He then took his place at the front of the crowd, as a self-professed Slick Rick fan himself, to enjoy the show from the other side of the stage. 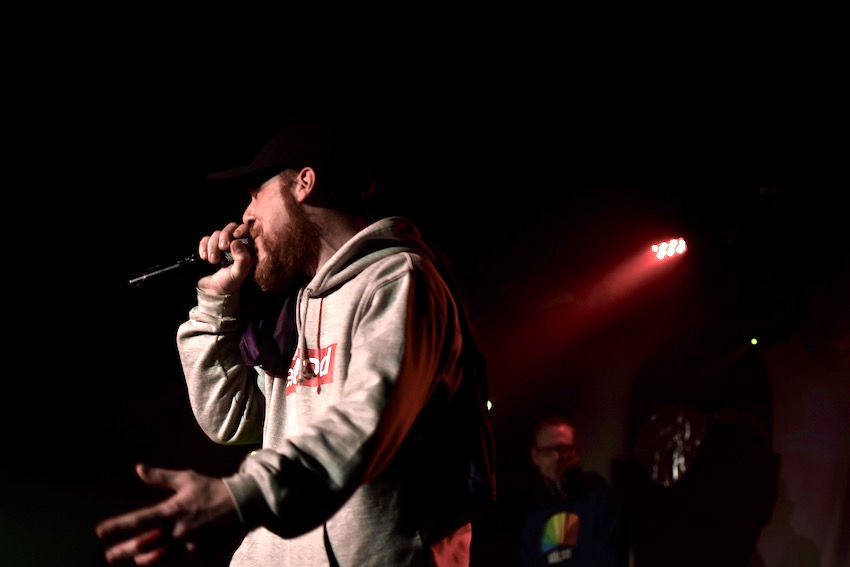 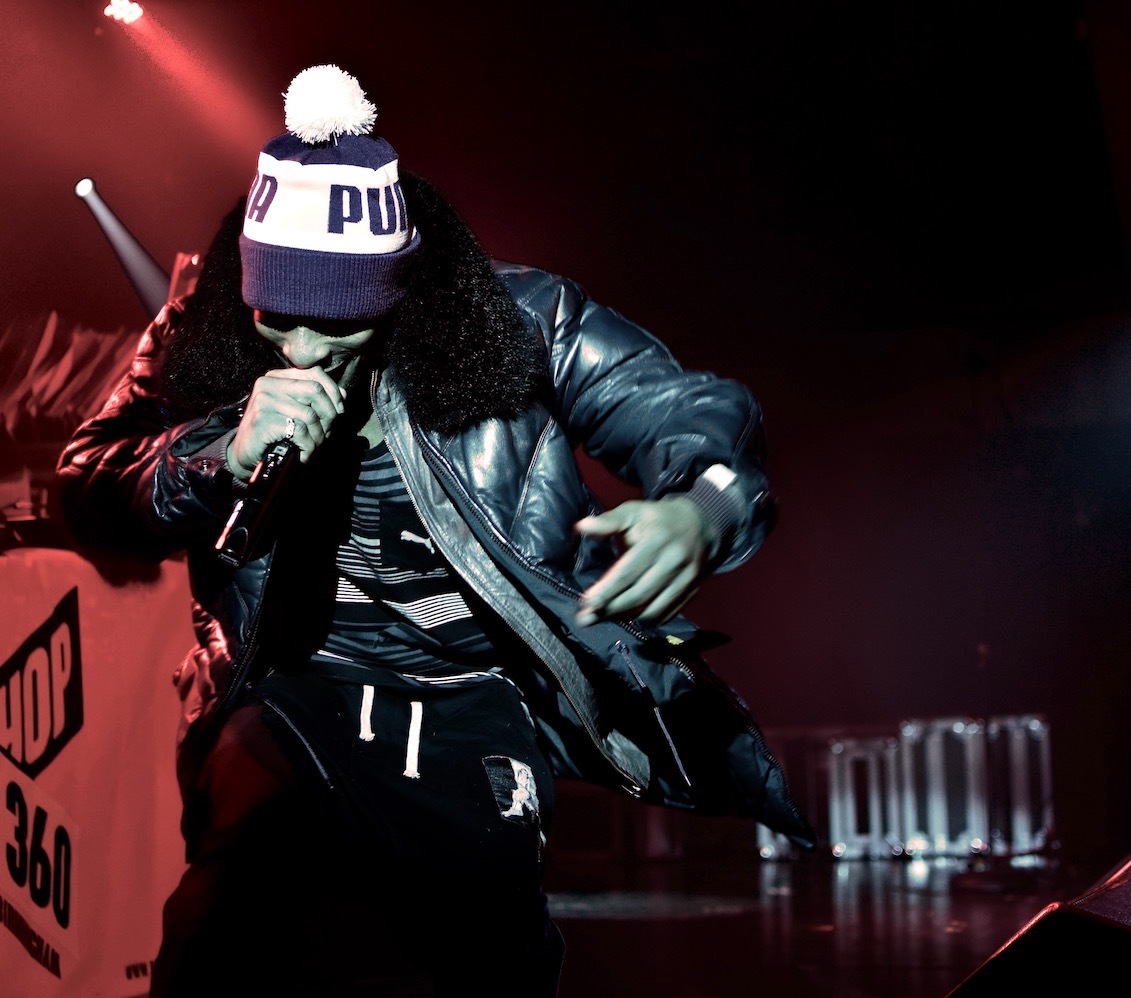 A further warm-up set from Redbeard, DJ Cro and Kosyne changed the pace from the uplifting empowerment of “I am Somebody” to the fiercer, red-illuminated spoken word ballad of the working class, softened with touches of humour in tracks such as “Agency Scum”.

Next to take the stage was rising artist Intelligenz, invigorating the audience with a spellbinding persona and strong sense of self, fervently rapping “this is who I am”.

An interlude of recorded background tracks took over as audience members, distracted by the promise of refreshed glasses and the overwhelming almost industrial sounding hum of a hundred conversations as the stage was reassembled and the iconic throne, so synonymous with “The Ruler” was placed at its centre. 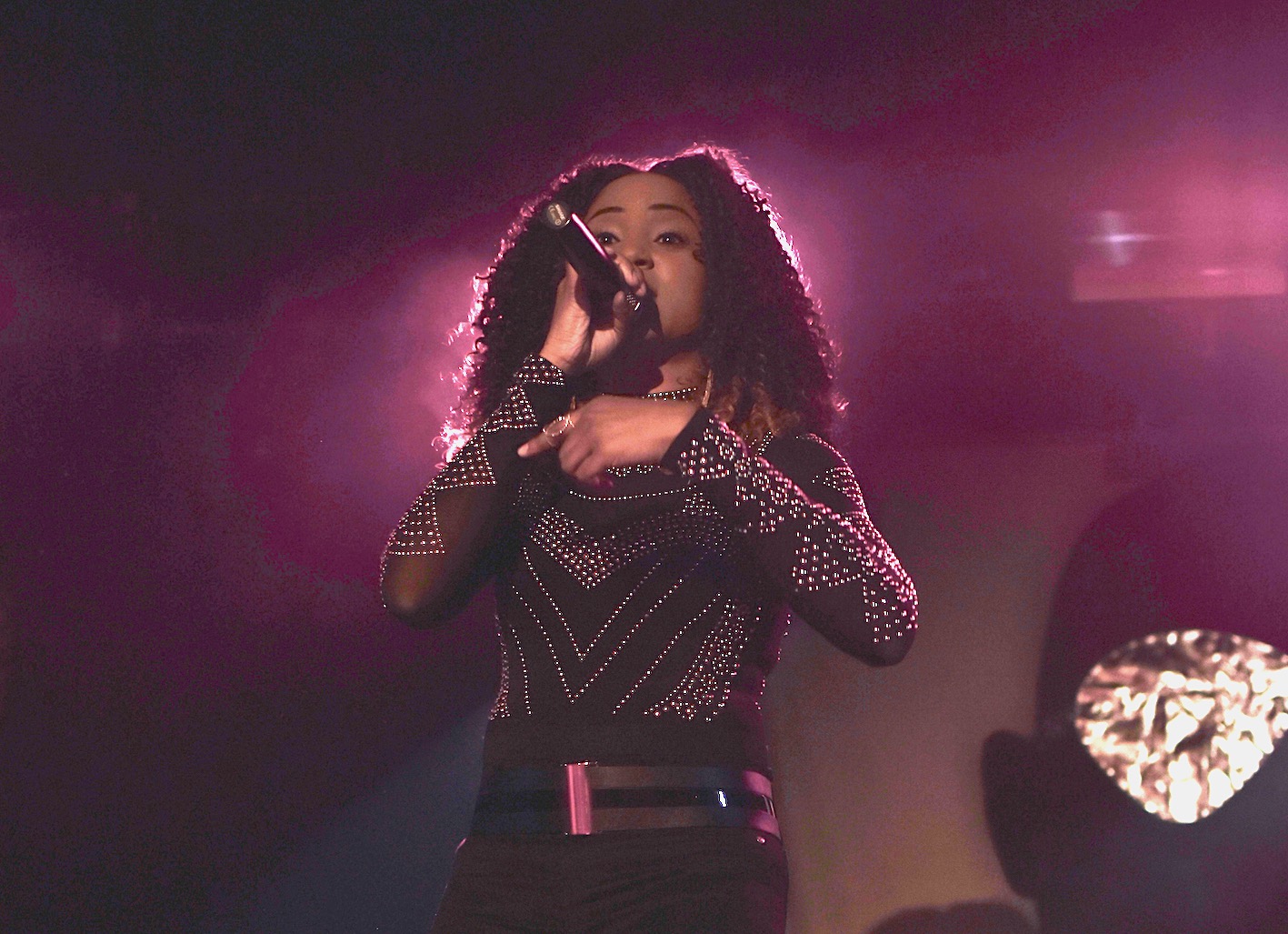 A pair of exuberant and enigmatic backing singers took to the stage dazzling the crowd with gold sequinned garments and similarly sparkling vocal virtuosity. DJ Kaos7 fired up the crowd as they urged forward towards the stage, anticipating the arrival of the main attraction. Slick Rick arrived, blindingly charismatic in fluorescent yellow and arctic white and dripping in incandescent jewels from microphone to eyepatch, facets of his trademark chains flaring under the coloured lights. 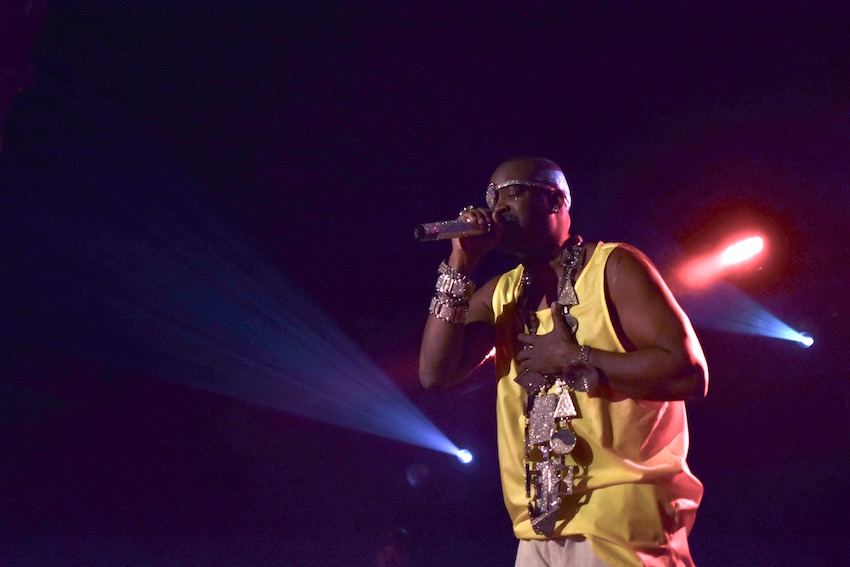 Commanding the stage with a regal stillness, contrasting with the seemingly unbridled energy of the backing singers, Slick Rick effortlessly and meticulously energised the audience with a stream of tracks, the crowd dancing, smiling, and meeting him word-for-word – united in rhythm as they chanted his name on demand. DJ Kaos7 masterfully beatboxed to bring added dimension and life, skilfully keeping the crowd bubbling during a brief break for a costume change, ably supporting the soulful sounds of the backing singers who took the stage as their own.

Crowned by www.complex.com with the no.2 ranking in their article  ’50 Greatest Chains in Hip Hop’ and described as “the only person besides Mr. T who could pull off this look”, Slick Rick was already adorned in enviably ostentatious ornaments when he took the stage. Revving up the royal status, a woman appeared onstage carrying several more gold chains and chunky, embellished symbols. Ritualistically, systematically, each weighty loop of links was placed around “The Ruler’s” neck, as he proudly perched on his throne, a highlight in the performance recogniseable as a moment of real ceremony. 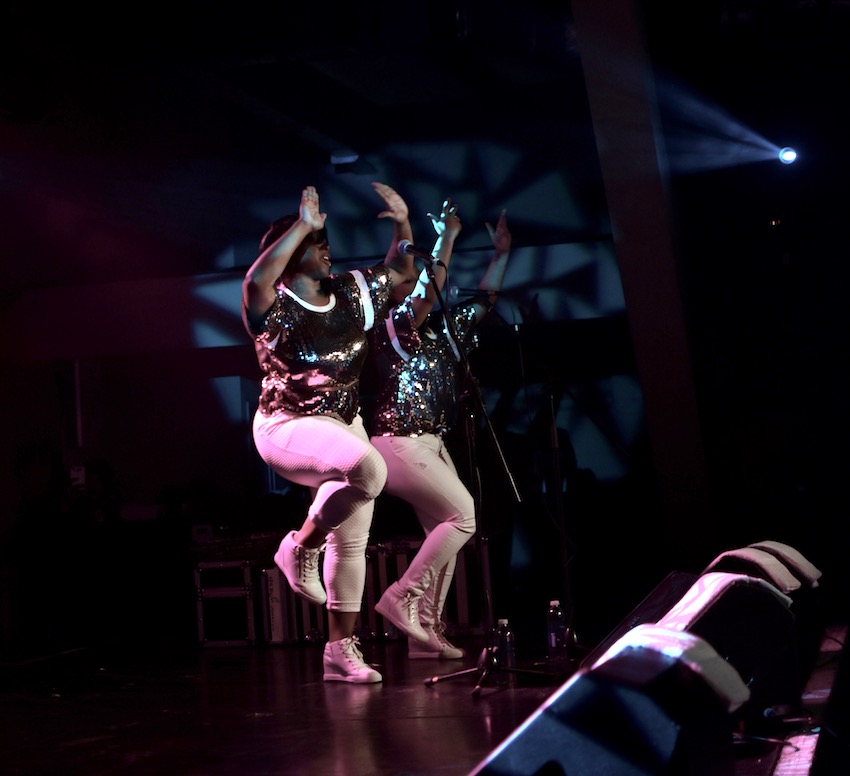 As the set drew to a close and “The Ruler” departed, the crowd ebbed, taking the energy of the evening out onto the street.

After 31 years of anticipating the return of this bejewelled legend to his homeland, clearly there are a multitude of Birmingham hip-hop fans who will feel it was well worth the wait. 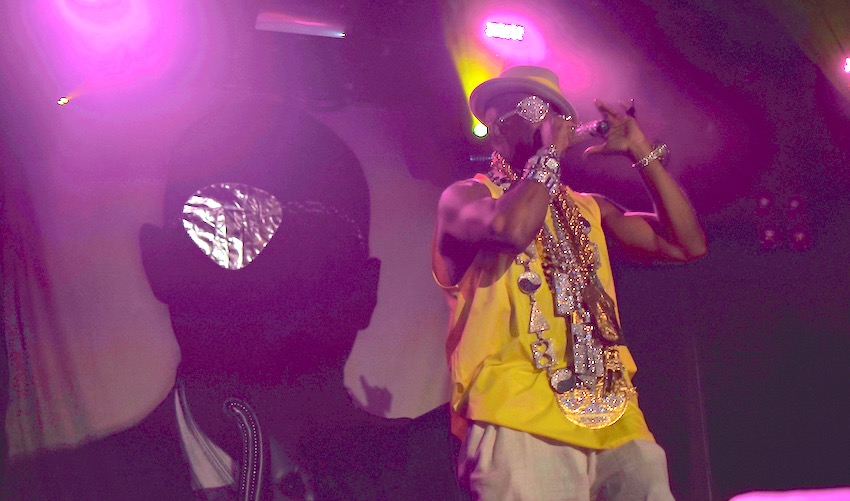 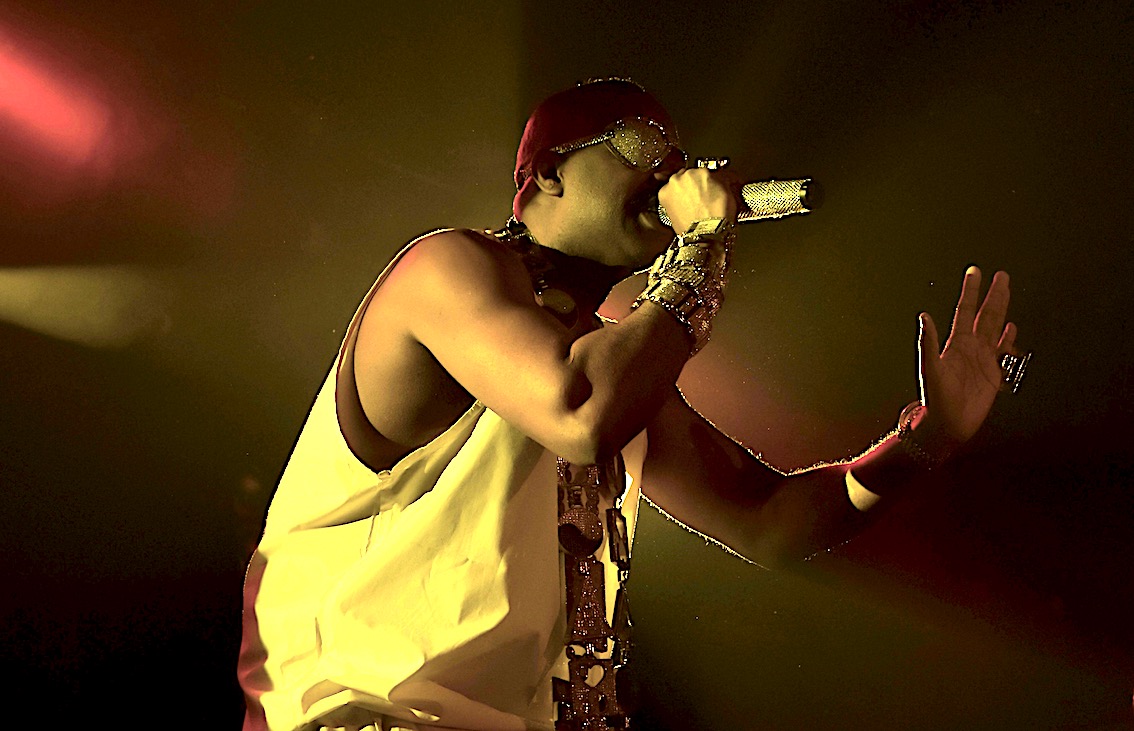 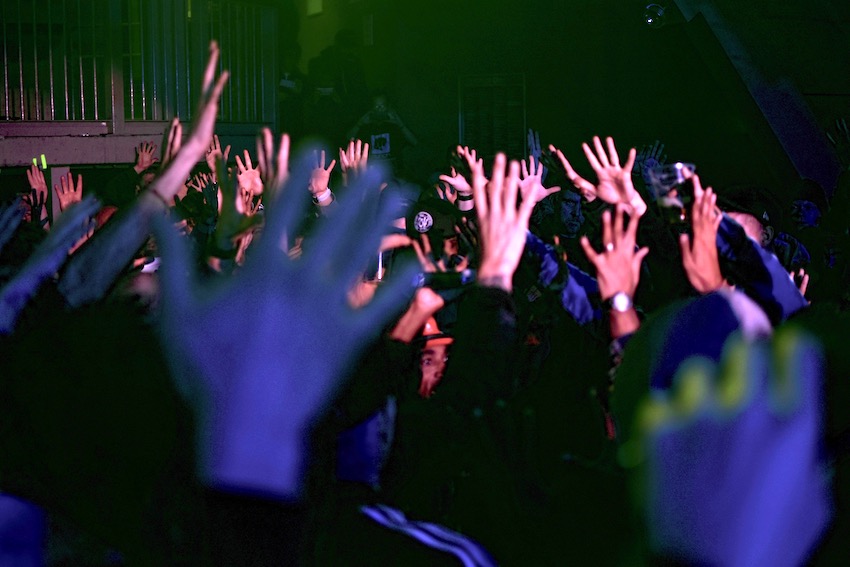