Birmingham may be famous for its Jewellery Quarter but tucked away under the central streets is where a hidden gem was waiting to be discovered last night. That diamond was Namiwa Jazz.

The performance space at the Sunflower Lounge was dark and enclosed but beating with rhythm, anticipation and life. Eager and uplifted music lovers adorned every corner, cranny and comfortable alcove creating an unmistakably electric atmosphere.

On taking the stage, Namiwa Jazz began by thanking the crowd for the energy in the room, which was beyond doubt buzzing with positive charge, lighting up the space.

To be present for this performance was to be engulfed by an overwhelming sense of having witnessed only the beginning of something unutterably special.

Namiwa combined 22 year old vibrancy with the voice and insight of an old soul, creating an atmosphere of soul-stirring joy.

Warmly welcoming the audience member into her story like an old friend (and gratefully acknowledging the friends and family members present), Namiwa gave an endearingly personal and personable insight into each of her songs as the set progressed.

There was an intriguing and inviting variation in tone from song to song, ranging from up-tempo numbers which had the whole room bouncing to achingly relatable ballads which committed the crowd to awed silence . Namiwa was superbly supported by her band and exceptional backing singers, achieving a pleasing balance which complimented her seemingly effortless vocals without detracting or downplaying.
It was also a pleasure to see Songwall artist Elektric join Namiwa onstage, alongside Deci4life (aka Chakra Man). The trio created a balanced, energetic dynamic in which the guest artists were allowed to shine as perfectly partnered equals. Elektric came into her own and took the stage with intent and the uniqueness of these different personalities united into one force. Namiwa supported and surrounded Elektric’s lyrically charged performance with some divine vocal touches. Not taking away, but giving Elektric the opportunity to shine and equally inspire. This live band was a unit, a one piece outfit that made you feel whole. 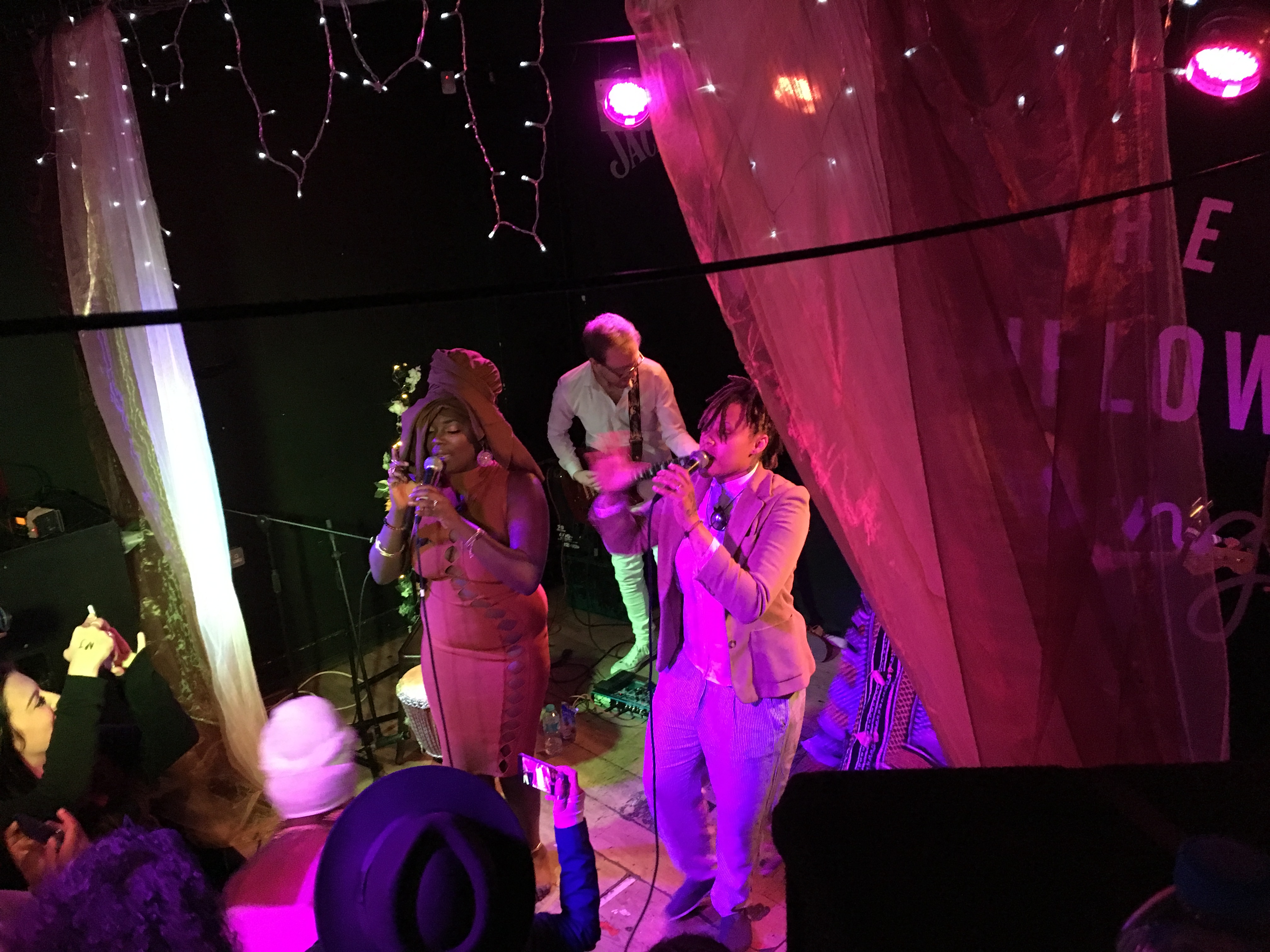 Namiwa demonstrated without doubt that she is a woman who can take control. Control of her incomparable, wild-horse-strong voice, with intelligent tempering as each song demanded. Control of challenging topics and hard-hitting lyrics, with strong language (provided with apologies to the artist’s mother who was in the audience!) artfully used to illustrate and bring additional authenticity to her story rather than to shock or alienate. Control over the ever-willing audience, who were even memorably drafted in to sing along with the stripped back beauty of “People”.

A shining beacon of expressive freedom and lyrical honesty, Namiwa invited the audience to take time at the end of the set to reflect on what they had heard and seen. It is doubtful that there was a person present who did not go away and do just that, finding some personal connection to the music, the artist or the moment.

Namiwa Jazz stated during her performance – “..this is what my love sounds like”. If that is the case, long may this exciting young artist continue to love, live and spread her unique brand of joy to the people of Birmingham and beyond. We can’t wait to see what the future has in store for her. 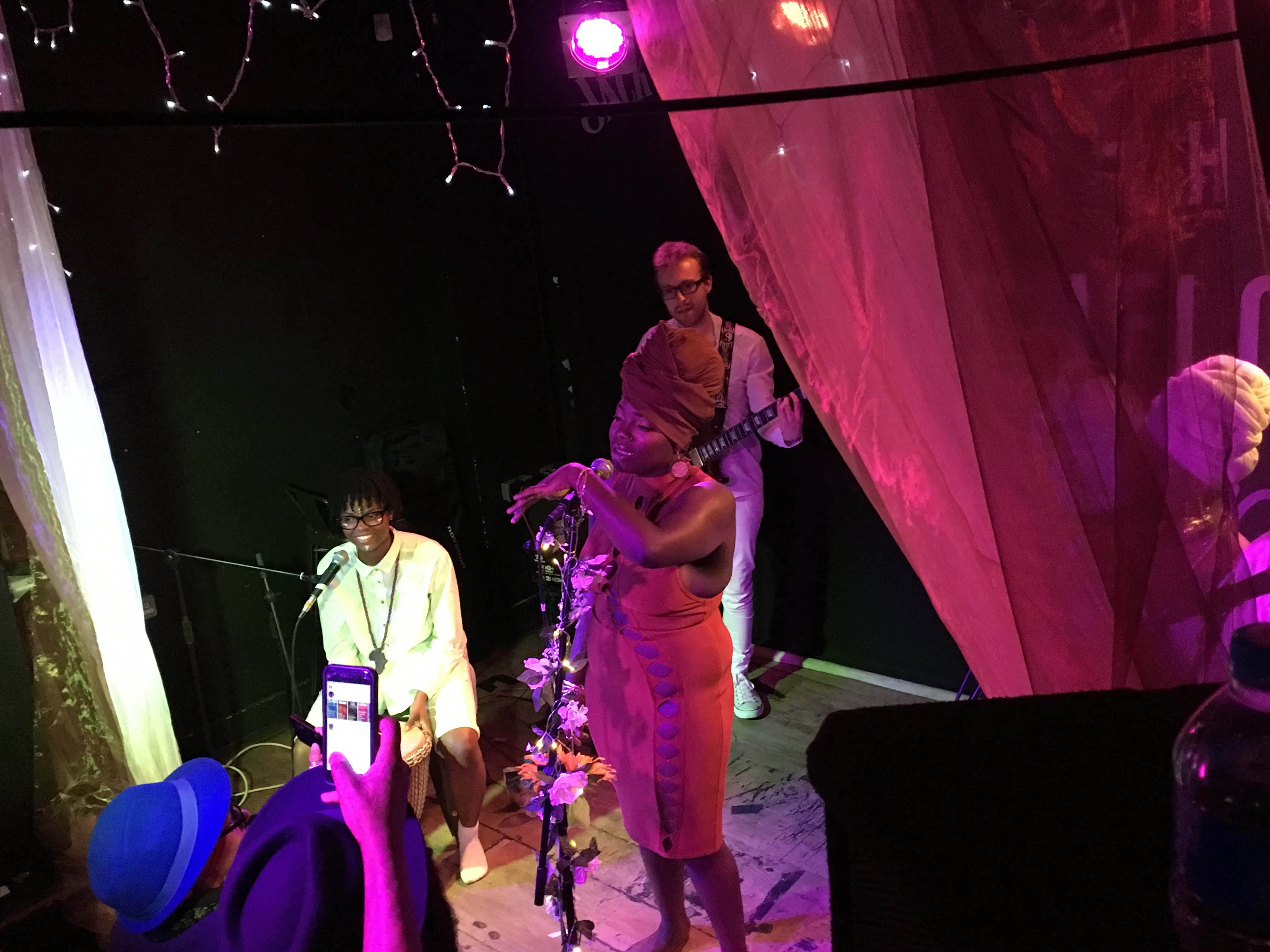