Birmingham was certainly alive with the sound of music on the 17th November, with a plethora of artists to discover at venues just a few doors apart.

The evening started with an impromptu visit to the well established gig setting of The Actress and Bishop where a gathering crowd filled the space with hugs, handshakes and the hum of conversation as newcomer Chris Ward launched the evening with his debut public performance. Delivering a mixture of his own songs and a selection of popular covers, Chris’ first show nerves did little to detract from his warm, inviting vocal tone and we look forward to seeing more from him in the future so watch this space.

Next up was Wood and Nails frontman Paul Beaumont, performing a solo acoustic set and treating the audience to a confident and charismatic performance. Paul led the crowd through a selection of ear-catching original tracks, his unassuming and warm connection with the audience complementing a raw, stoney but simultaneously pure vocal. Finding the opportunity to see the band as a whole will certainly be a priority.

A necessary but regretable early exit meant that we missed the headline act Conor O’Rourke but, judging by the enthusiastic crowd awaiting his set, he is someone we will be eager to see at the next opportunity.

The evening progressed with a trip to the modern, buzzing setting of Stirlings bar on the invitation of EQ Recordings, in eager anticipation of what their showcase of local artists, celebrating the launch of their new charity record label, had in store.

Walking in, there was a lively buzz throughout the venue with an energetic crowd edging forward to get a better view of the performances, some dancing, some with phones in the air trying to capture the moment – a refreshing change to the commonly huge space separating artist from audience.

First up was Felix, who made an instant impact with intelligent, deep and complex backing complementing a distinctive mellow yet edgy vocal and a confidence of performance impressive for one so young. Felix displayed an honesty in both stage presence and voice that promises to be a strong foundation to success as this up and coming artist hones his craft. We are sure future audiences will warm to his engaging on and off stage persona. 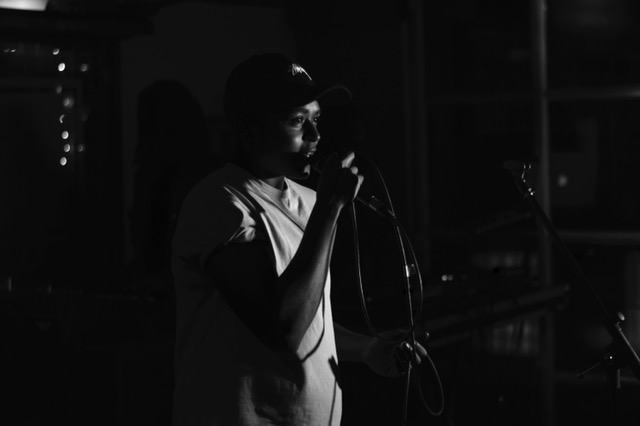 Next to perform was Klow, who gave a range of covers a new lease of life with a distinctive and multi-faceted voice which demanded attention. With flickers of soul, flashes of jazz and twists of R&B, Klow’s voice emerged as an intriguing amalgamation of classic vocal beauty, up-to-the-minute modernism and unique dimensions all of her own. With the right original song under her belt, a future hit is surely only a few steps away.

The underpinning theme of character and individual style continued with Rapper U.G., who took to the stage with a crowd-pleasing energy and commanding stage presence. Pearls of wisdom dripped from the microphone and streams of lyrical wordplay were effortlessly produced as U.G. delivered an inventive, inspirational and thought-provoking performance which was inescapably relatable. Highlighting his diversity he took us through a range of themes, seamlessly moving from inspiring lyrical pep talks to dark social commentary, showing a real depth of talent. Inspiring stuff.

Headlining and closing the evening was Lady Sanity, who invited the audience closer in to experience a diverse selection of original tracks. The crowd chanted on demand to catchy, snappy numbers; safe and controlled in the hands of this assured and energetic artist, dancing along and connecting with the rhythm and lyrical mastery. It was evident as to why Lady Sanity has already commanded a stage at Glastonbury Festival as she easily united the crowd into a supportive singing ensemble. We see huge potential on the festival circuit for Lady Sanity, and indeed for all the artists who performed. 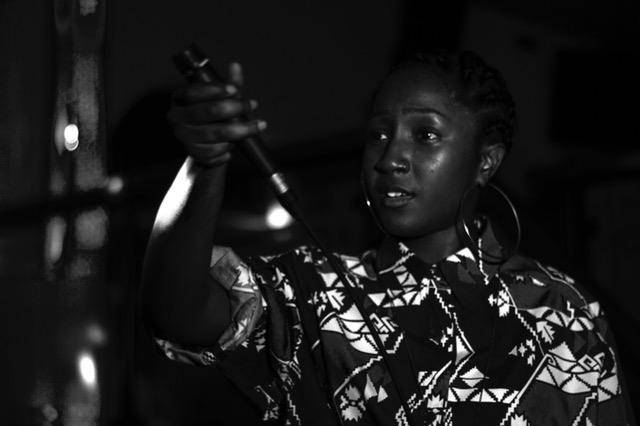 Songwall grabbed the chance to catch a few moments with Sophia Carter who explained her reasons for founding local charity label EQ Recordings:
“…I love Birmingham, I think that there’s so many amazing people here……I care about musicians in Birmingham getting their music out there and making a living. I feel like this (EQ Recordings) is my way of giving back….you have to understand, music changes the world”.

Can Sophia bring forth a new force to the Birmingham music scene and branch out her artists to a national or even global level? We certainly look forward to seeing what EQ Recordings will bring to the fore in 2017 and beyond.