For many Midlanders, a trip to Birmingham this weekend was all about braving the Bedlam-esque Black Friday frenzy and joining the human traffic jam touring the German Market. However, a select group of Birmingham’s hip-hop fans knew that the place to be was the relative serenity of 6/8 Kafe – ready to get up close and personal with one of the UK’s leading DJs: DJ Semtex.

A winter chill penetrated the wood-clad basement room, warded off by deliciously steaming cups of cafe-fayre and warm ripples of excited conversation as the aroma of coffee pleasingly teased the senses. A smattering of festive fairy lights flashed an off-beat accompaniment to the flowing mix of popular hip-hop covertly building ambience deep in the background as the man himself arrived.

DJ Semtex, despite his superstar status, emanated hospitable humour and easy approachability as he greeted the organisers and took time to speak to eager fans before taking his seat for the Q&A to begin.

Ably interviewed by fellow radio presenter Smooth Fuego, it was not without irony that this legendary broadcaster, with 15 years at Radio 1Xtra under his belt, found himself in “the other chair” – facing the questions instead of asking them.

With enigmatically elaborative answers to every question, DJ Semtex took the captivated crowd on a journey through time, hip-hop and his own musical discovery; simultaneously speaking to the heart of the knowledgeable hip-hop junkies and accessibly inducting the eager novice to his story. He described DJing as “communicating” with the audience and this ability to communicate, passionately and with depth of knowledge, was certainly demonstrated in spades as the interview progressed.

Highlighting key points in the development of his career, which he reports still not seeing as “work” due to his enduring love and passion for music, DJ Semtex spoke of humble Mancunian beginnings and the development of sense of self which came from discovering his “own relationship” with hip-hop at a young age. Speaking at length on a range of topics, there were a number of intriguingly recurring themes, most strikingly; the need to work for what you want and deep-to-the-bone respect, understanding and love of hip-hop.

Repeatedly returning to the concept of “graft” and “hustle” in pursuit of success, for both DJs and artists alike, the deep-seated strength of work-ethic within this musical master was evident to all. From arranging his own gigs and selling mix-tapes to raise money for a move to London through to 15 years uninterrupted service with the BBC (save a brief break to tour with Dizzee Rascal) the listener was empowered through this journey to influential success to believe that “if you want something, nothing is hard”. Asked for the key to success, he stated that constantly setting new goals, being selfish with your time and having “a savage intent to win” are the essentials to give a competitive edge, along with understanding that the “duty” of a DJ is the same whether to an audience of 200 or 200,000 – to “rock the crowd” .

Briefly stopping on the topic of music routes such as “The X Factor”, he reiterated “You’ve got to earn your stripes” and elaborated that the accelerated, manufactured “not real” process means that “dues are not paid”.

With avid animation, yet remaining cool and calm, DJ Semtex responded to the question of whether hip-hop has lost some meaning at the current time, given the accessibility of assistive technologies which give everyone with a plug socket the chance to put their hand to creating music. He explained, with passionate clarity, that access to technology is only part of the challenge. While every person now has the chance to “be their own DJ” and “be in charge of their own playlist”, the truly great artists and DJs standing out as those who know how to “use the music” and “respond to a crowd”.  In this way, while the way music, including hip-hop, is created and shared has changed over time, the “realness of the music” has not been lost.

Referencing the role of the DJ in today’s music industry, DJ Semtex explained that, while artists have more control over creating and dispensing their music than ever before, they still “need the DJs on their side”, indicating DJs as the “gatekeepers”, bridging the gap between artist and audience.  Breaking it down into straightforward terms, he casually shrugged “if sh*t is hot, it gets played….the artist needs to make something worth sharing”.

Inevitably, talk turned to newly-released book “Hip Hop Raised Me”, described as a “celebration of the greatness of the culture”. It is little wonder that DJ Semtex has chosen put pen to paper, having a faultless, encyclopaedic knowledge of hip-hop in terms of not only music but also the changing face of the overall culture. Expertly illustrated with an evidence base of real-life encounters, navigating a sea of famous names and spanning decades of music creation, DJ Semtex created a deeply woven tapestry of words telling the story of hip-hop. 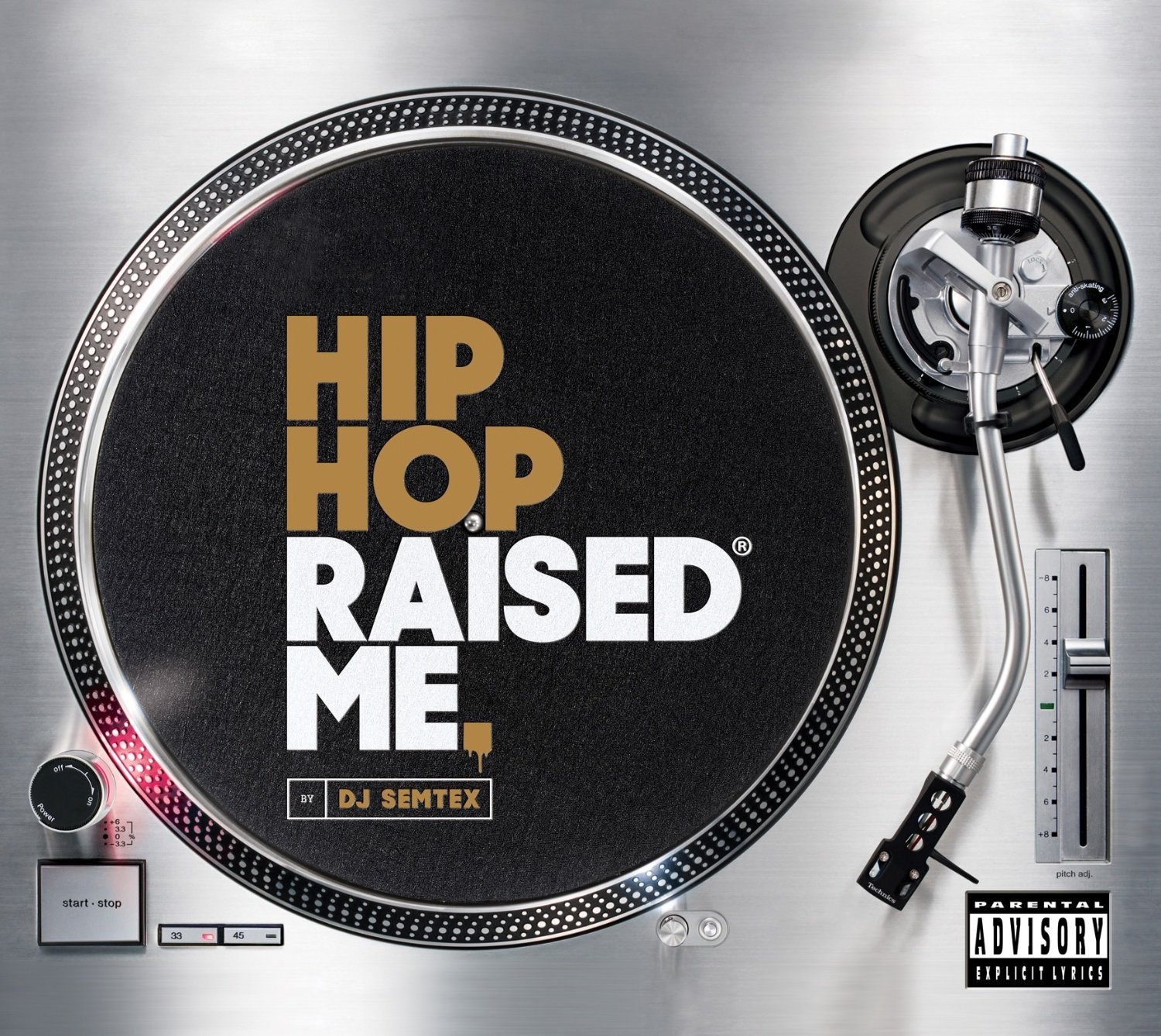 When brought to the question “what is hip-hop” he responded broadly saying it is simply “a voice for the voiceless” which evolves alongside the new stories of the next generation of artists. He stated firmly “nobody has the right to say what hip-hop is…everyone’s opinions are valid”, describing the spectrum of diversity which has, does and will attempt to define the genre. Speaking with refreshing, relatable and fearless honesty about everyone from US-based global dominators to the emergence and growing influence of UK artists, DJ Semtex exuded an overwhelming sense of inclusion and disregard for perceived snobbery about artists which are spoken of as being more or less worthy of being sheltered under the umbrella of the genre. He condensed the concept down to a single, simple sentiment: “looks don’t matter – can the track blow up a room?”  Ultimately he summarised “The music has never really had any rules”.

As afternoon became evening, it was evident that all present could have continued to listen to the stories, anecdotes and teachings of this multi-talented and deeply knowledgeable hip-hop hero well into the night. As the event drew to a close, DJ Semtex lingered to sign pristine, shrink-wrapped copies of his book and chatted warmly with audience members ranging from students to artists, posing for pictures with the grateful fans. Whether those present left having achieved a long-term ambition to come face to face with a personal hero, grateful to have absorbed second-to-none knowledge about hip-hop and developed a thirst to know more, or just contented to have met the man who bought Kanye West a kebab, it was undoubtedly an experience to remember.

You can buy the book here: HIP HOP RAISED ME

Mario Saad | Young Broadway | Kadda Sheekoff | Em Soto | djS.D.A.D.D | Yung Sayian
( If you like what you hear download their music and support HIP/HOP artists of the future.)