On Friday the 18th November, Spotlight became a hotspot for hip-hop as the iconic duo Diamond D and Large Professor headlined the second event of BASS 2016.

The richly varied artwork on the walls of Digbeth’s dark streets, seamlessly transitioned through to the sprawling murals and calculatedly sporadic canvases of Spotlight, where the hip-hop fans of Birmingham were readying to witness two giants of the genre.

The venue impacted instantly with an underground, urban feel. Crimson red lighting evoked a sense of vitality and warmth, broken by swirling white specks from a giant disco ball – all of which, added to the enclosed space and pounding beats, combined to awaken and challenge the senses. 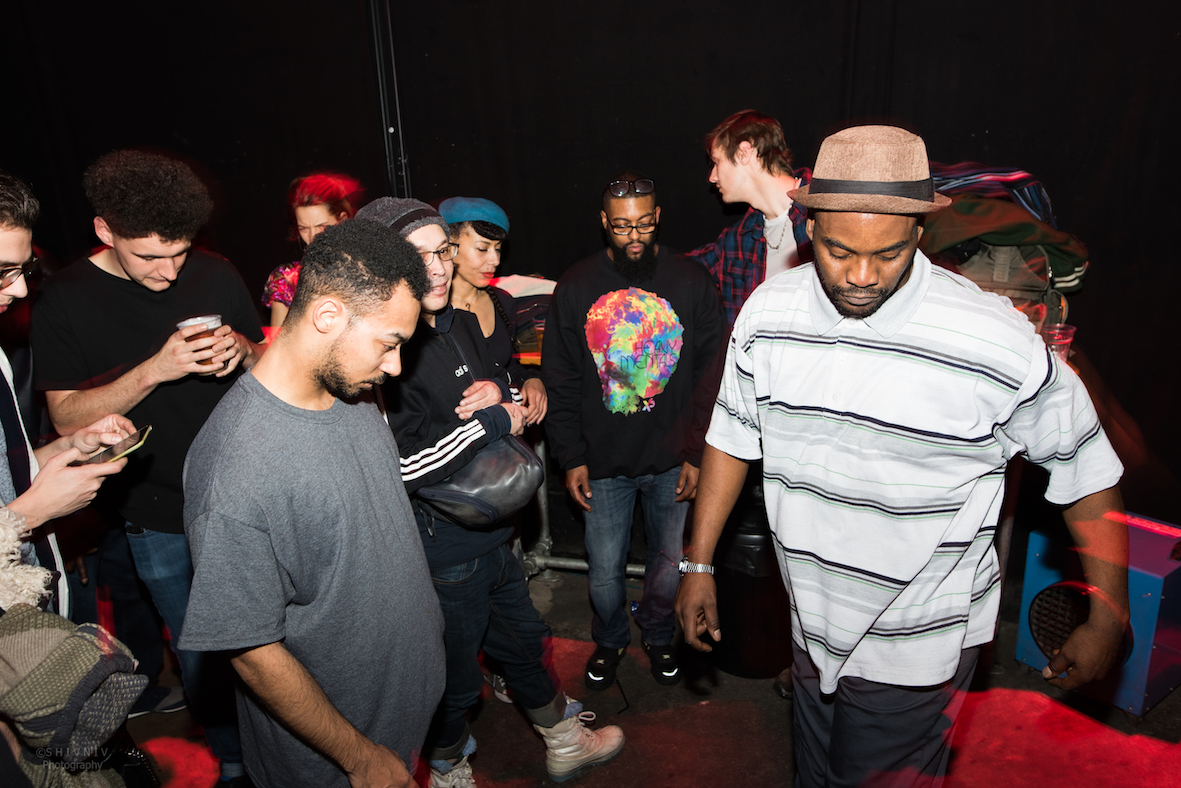 Bass-heavy tracks blasted from the speakers and resonated through the sternums of the building audience. As the music increased in volume and intensity the buzz of the crowd heightened, some dancing, some cheering, some greeting arriving friends with cold drinks and warm embraces as the main event was anticipated. 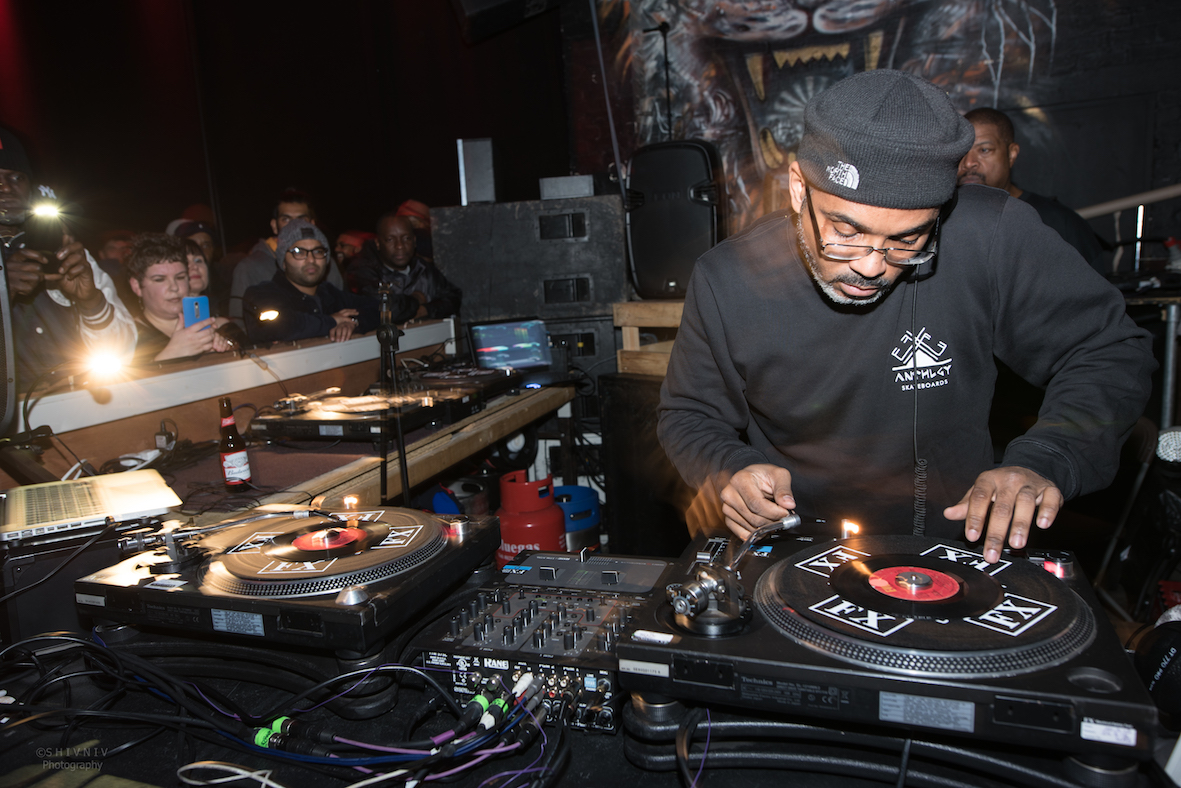 Cheers burst out as the heaving crowd pushed forward to welcome two legends of hip-hop to the stage: Large Professor and Diamond D.

Large Professor opened the set, taking the audience on a hip-hop fuelled musical journey across a variety of styles and eras, effortlessly caressing seamless sounds from each glistening black disc he laid hands on. His box of seemingly endless 45s was like a blind bag of  surprises, making it impossible to predict what the next song would be or how the music would correspond. 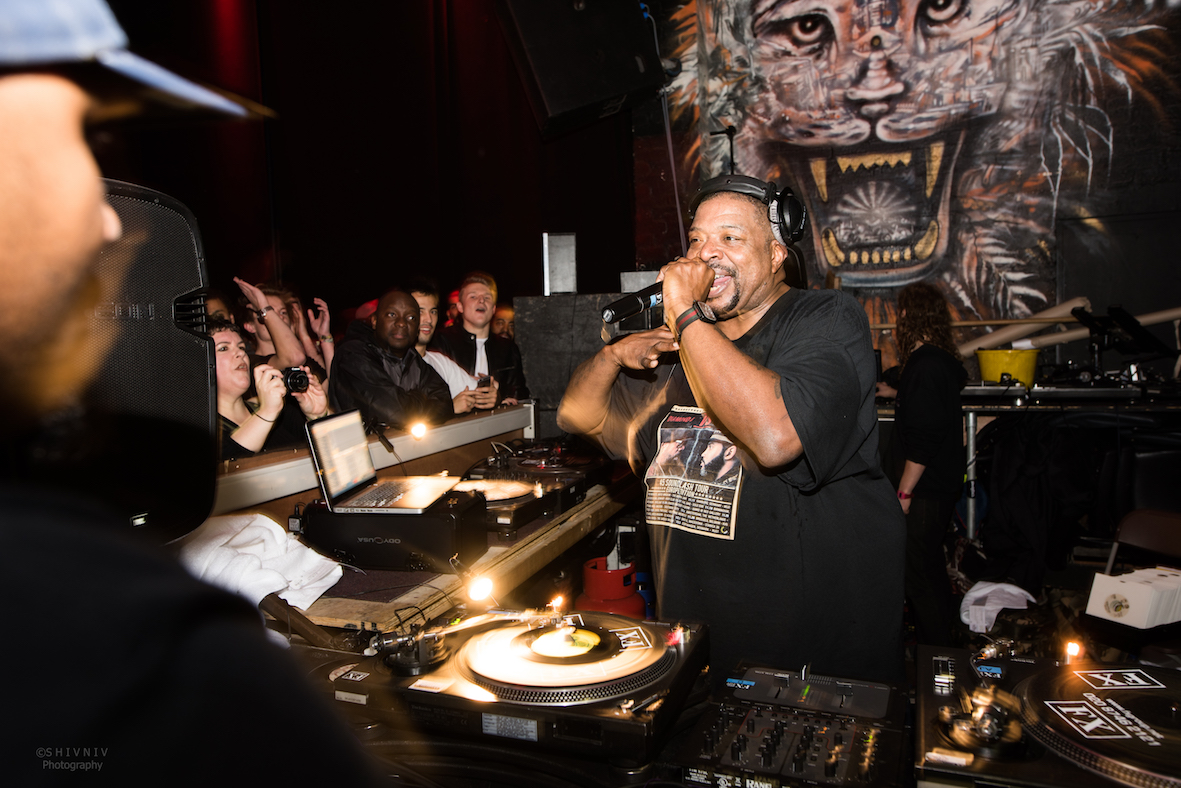 Diamond D provided a jaw dropping set that incorporated styles from Jazz to Disco, beads of sweat gathering on his brow as he moved from track to track with perfect timing and rhythmic energy. Transitions from slow beats to high energy anthems drew cheers from the audience as he moved miraculously from one song to another, beginnings and endings blurred into an amalgamated ouroboros of sound.

This pair of musical masters worked in perfect sync, leaning in to assist each other as needed with faultless instinct, their deep and infallible understanding of music and how to shape it evident for all to see. 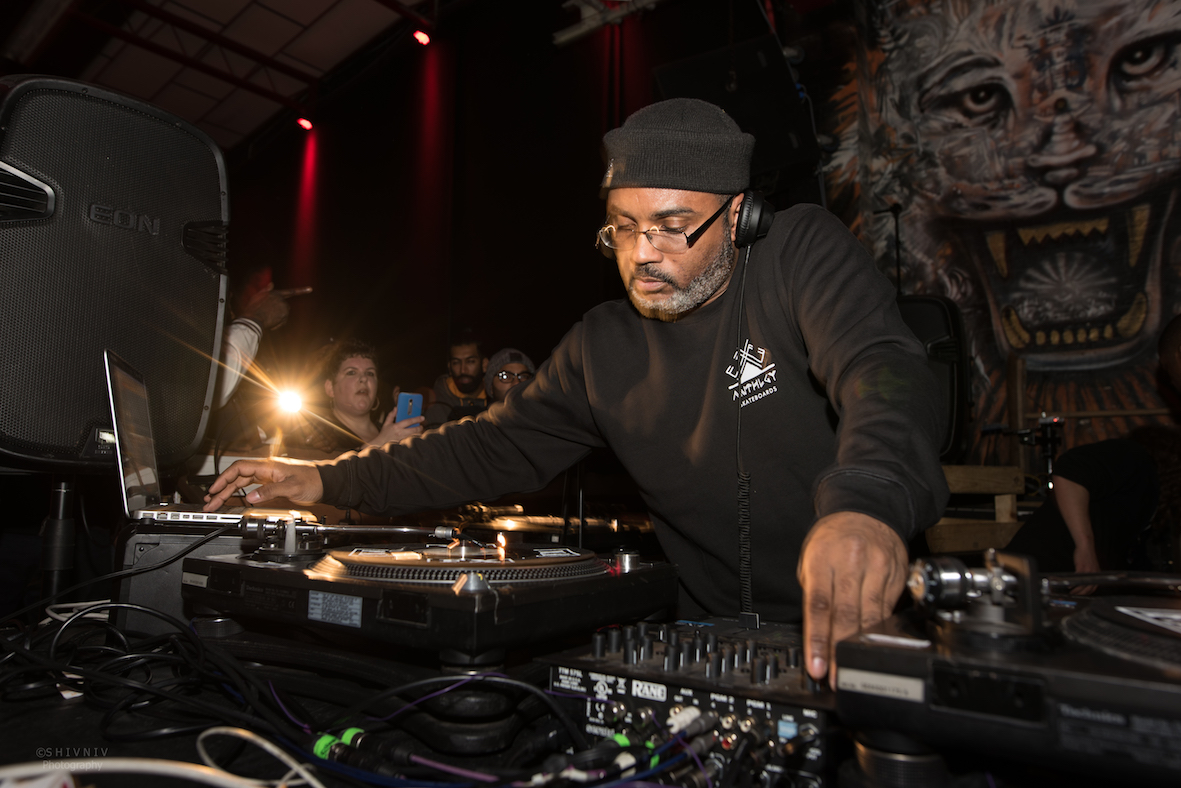 Amazed fans enthused about the rare opportunity that the venue provided as they stood just a table-width away from the acclaimed DJs, watching the incredible skill of their musical heroes at close quarters, witnessing the lightness of touch and every flick of a switch or spin of a disc which brought the evening to life.

The music was unexpectedly halted when a member of the crowd approached the decks and heatedly expressed his view that the music being performed was not hip-hop. After an intense debate, Diamond D took to the microphone and vehemently declared that what he was playing represented the roots of hip-hop, pre-dating the elements which embodied this crowd member’s understanding of the genre.

Regardless of standpoint, the deep and passionate sense of ownership, attachment and belonging to the multi-faceted culture, concept and classification of hip-hop was clear for all to see.

The music resumed and the crowd re-engaged with the stream of seamless tracks. 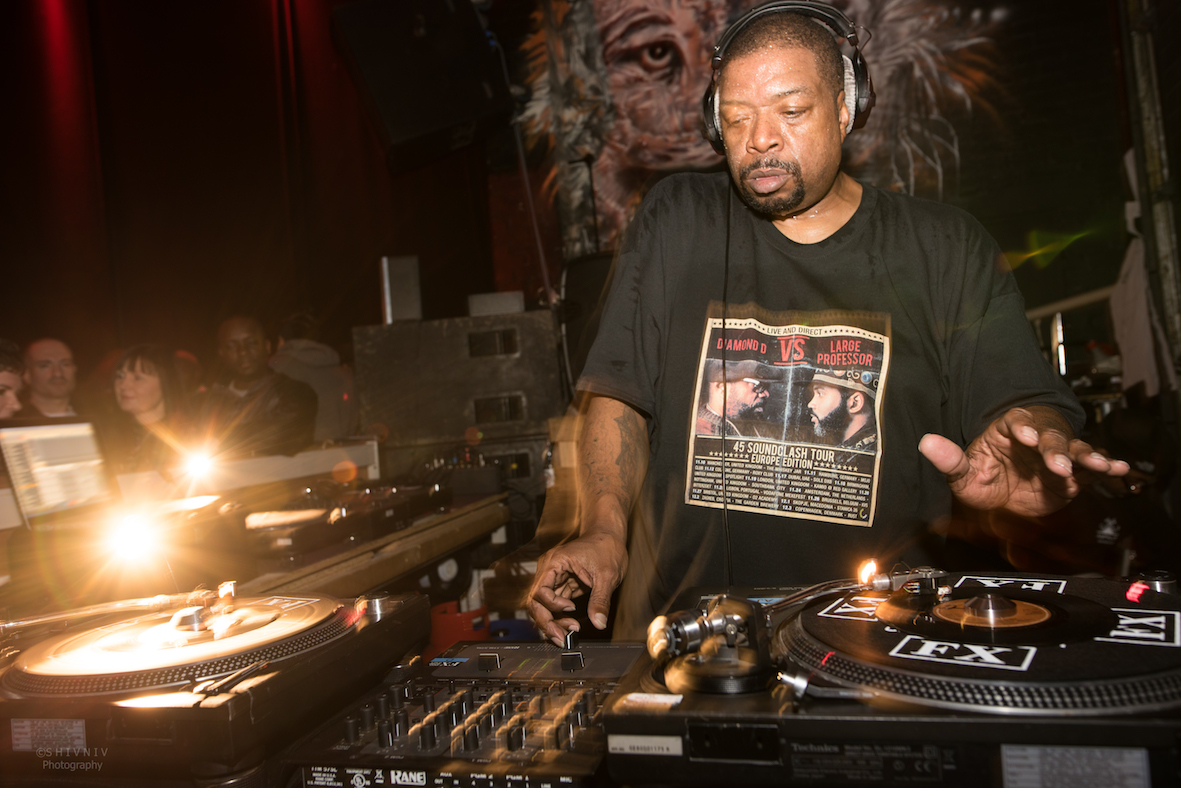 Large Professor concluded the evening with an incredible, meaningfully delivered rap, his flawless flow of words displaying his amazing skill and creating a climactic end to a night of varied and vivacious music.

As the crowd ebbed and the event drew to a close, devoted fans expressed that it had been an “honour” to be in the presence of two artists of such influence.

From hip-hop first timers to clued-up connoisseurs, it was certainly an evening to be remembered. 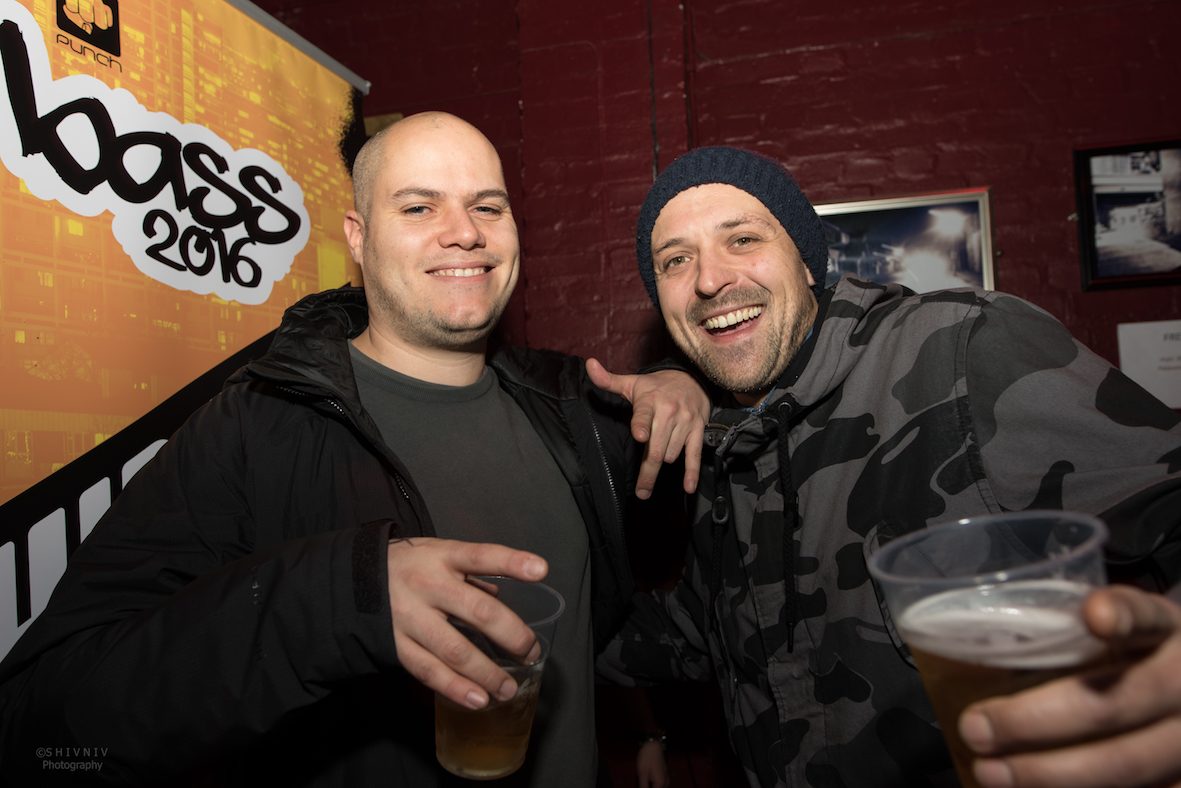 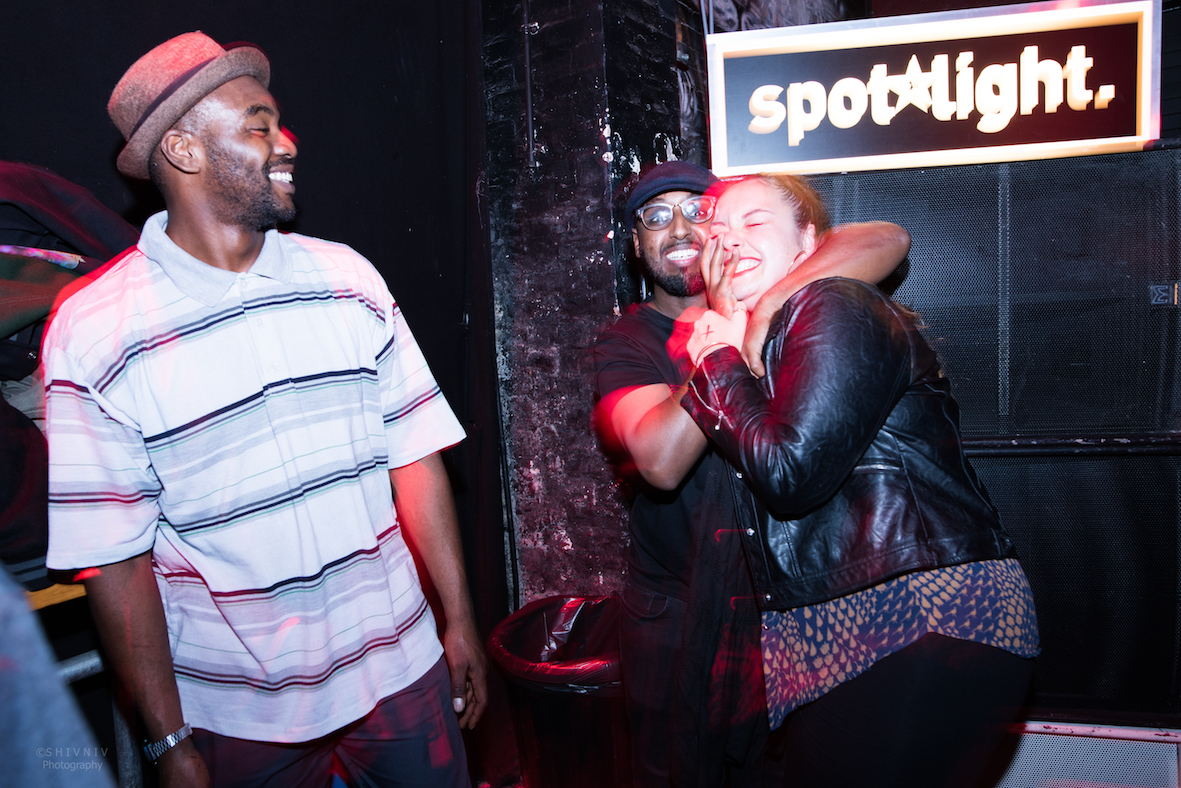 The next Bass2016 event is 20th November with Robert Glasper at Birmingham Town Hall.