The evening commenced with an impromptu, whistlestop visit to the Black Lab open mic night hosted by Songwall artist Rob Peters (of Peters and Dog) and featuring performances by astonishing poet Rowan Lennard and a short set by our own “Lord Commander of the Wall” Brendan Poynton. We were sorry to leave the party early and will be visiting again!

We took a trip up a twisting staircase at the Hare and Hounds and found ourselves immediately immersed in an intimate music space, filling with promise and bubbling excitement as the crowd built. A buzz and bustle of conversation, clinkless plastic glasses and scatters of laughter in the darkness above a barely discernible background bass line built an invigorating atmosphere of anticipation as the artists were awaited. 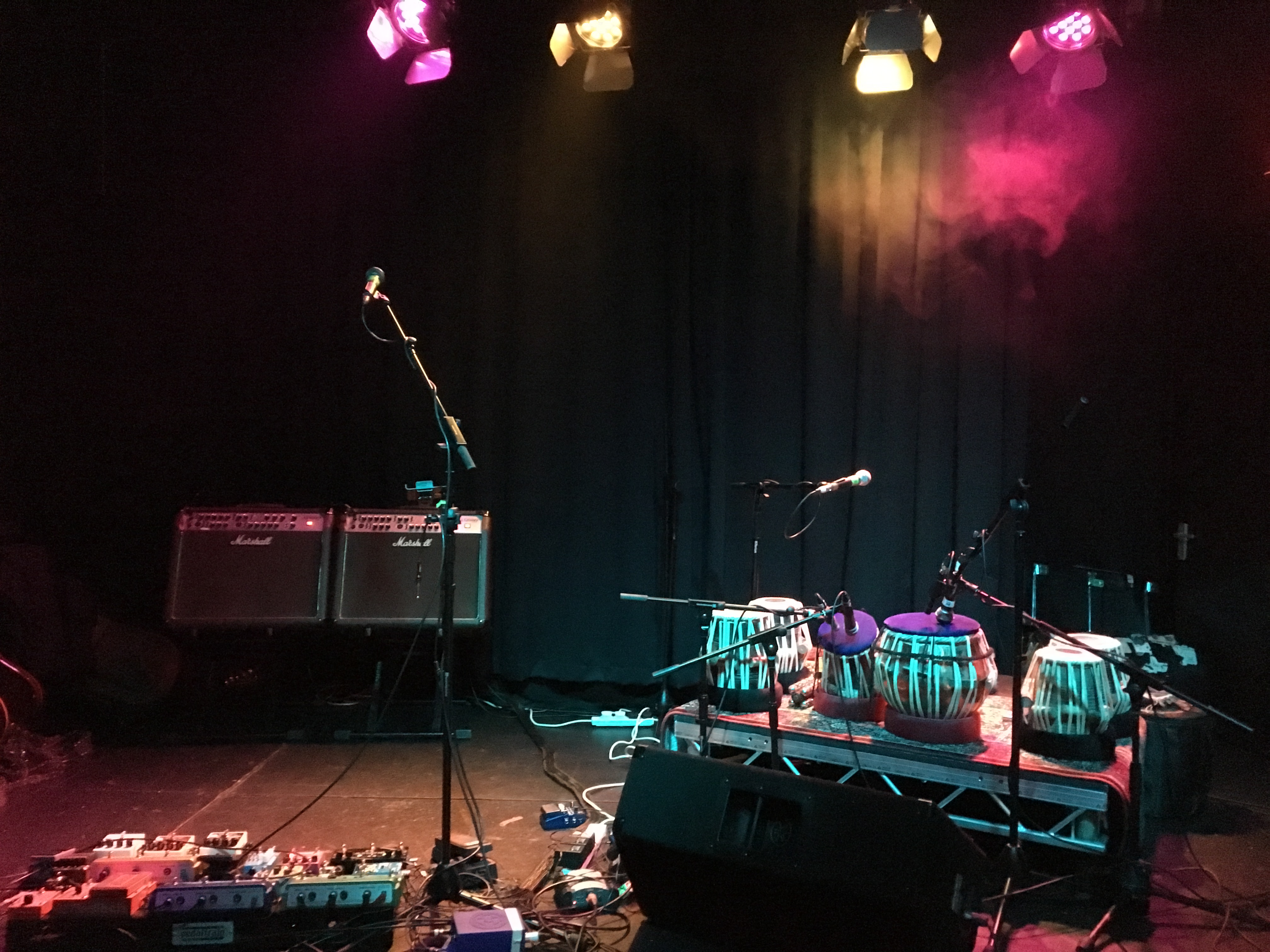 The artists in question were Aziz and Dal: Aziz Ibrahim, former guitarist with the Stone Roses, and Dalbir Singh Rattan on tabla, who has previously worked with artists including Richard Ashcroft and Ocean Colour Scene.

The opportunity to see world-class artists of this calibre at such close quarters was, frankly, mind blowing although it is unlikely that anyone in the audience truly understood this fully until the performance began.

A plethora of pedals, gaggles of guitars and yards of woven wires adorned the stage to an extent which initially seemed potentially showy and excessive, until they were put into action and the magic began.

Aziz – charming, cheeky and insanely talented – demonstrated the incredible ability to turn one guitar into a hundred instruments, with every tap of a pedal, flick of the wrist or touch of a string a revelation in sound. To see such effortless artistry in such close proximity was a gift not to be forgotten, the skill on show entrancing to watch.

Dal’s energy, incredible dexterity and lightness of touch transformed a room of standing strangers to a united group of fix-hungry rhythm junkies, heads nodding in unanimous agreement with the inescapable, subcutaneous beats he deftly produced. Aziz dubbed him the “Tabla Jedi” and the force was certainly with him throughout the faultless set.

From intense complexity and depth to pure, single notes designed to leave the audience hanging on their almost imperceptible edge, the amazing talent of these two artists was pleasingly juxtaposed with informal, participative banter and fun, animated performances. Changes in tempo, tone and timbre were delivered with expert timing, keeping the crowd guessing and helplessly engaged. Aziz invited the audience to engage fully in the experience, explaining we were helping to “shape” the music as we were taken on a journey of mesmerising east-meets-west mergery. There was a true sense of being an integral part of creation at the same time as immersing oneself in something innovative, hypnotic and wonderful. From carefully honed classics to improvised perfection it was clear that this was a totally original set, never quite replicable and therefore exceptionally special.

An evening in the presence of these incredible artists, so clearly demonstrating a deep and genuine love and enjoyment of music for all to see, instilled in the observer a fundamental joy and gladness of being alive, aware and present in the moment.

Packed with surprise and rammed with toe-tapping infectiousness, the rhythmic riffs and bounding beats of last night’s performance will be beating through the veins and palpable in the sternums of the privileged audience for much time to come.

Do your soul a favour and make sure you are one of the next group of people to see these true artists perform – you won’t regret it. 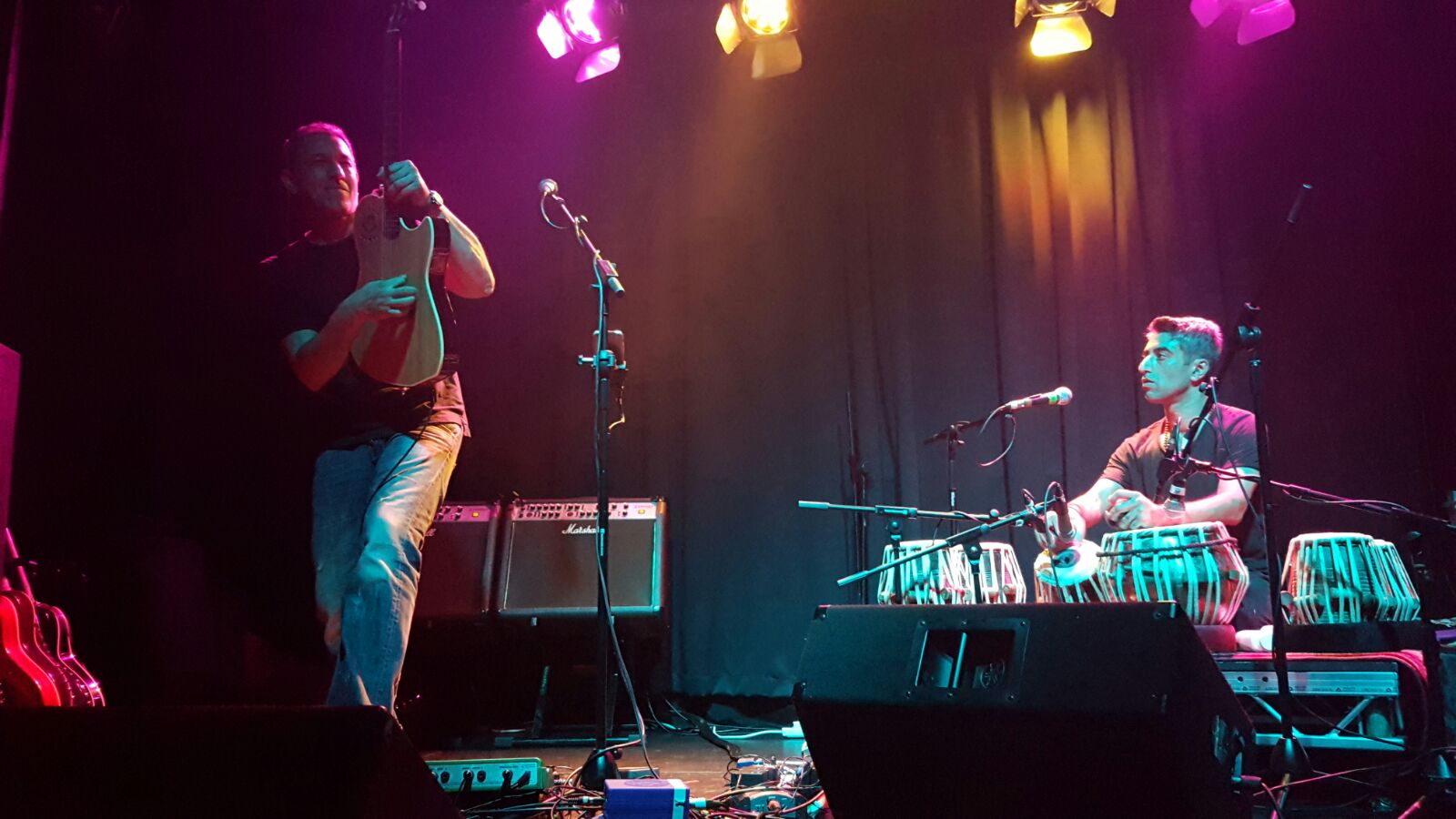 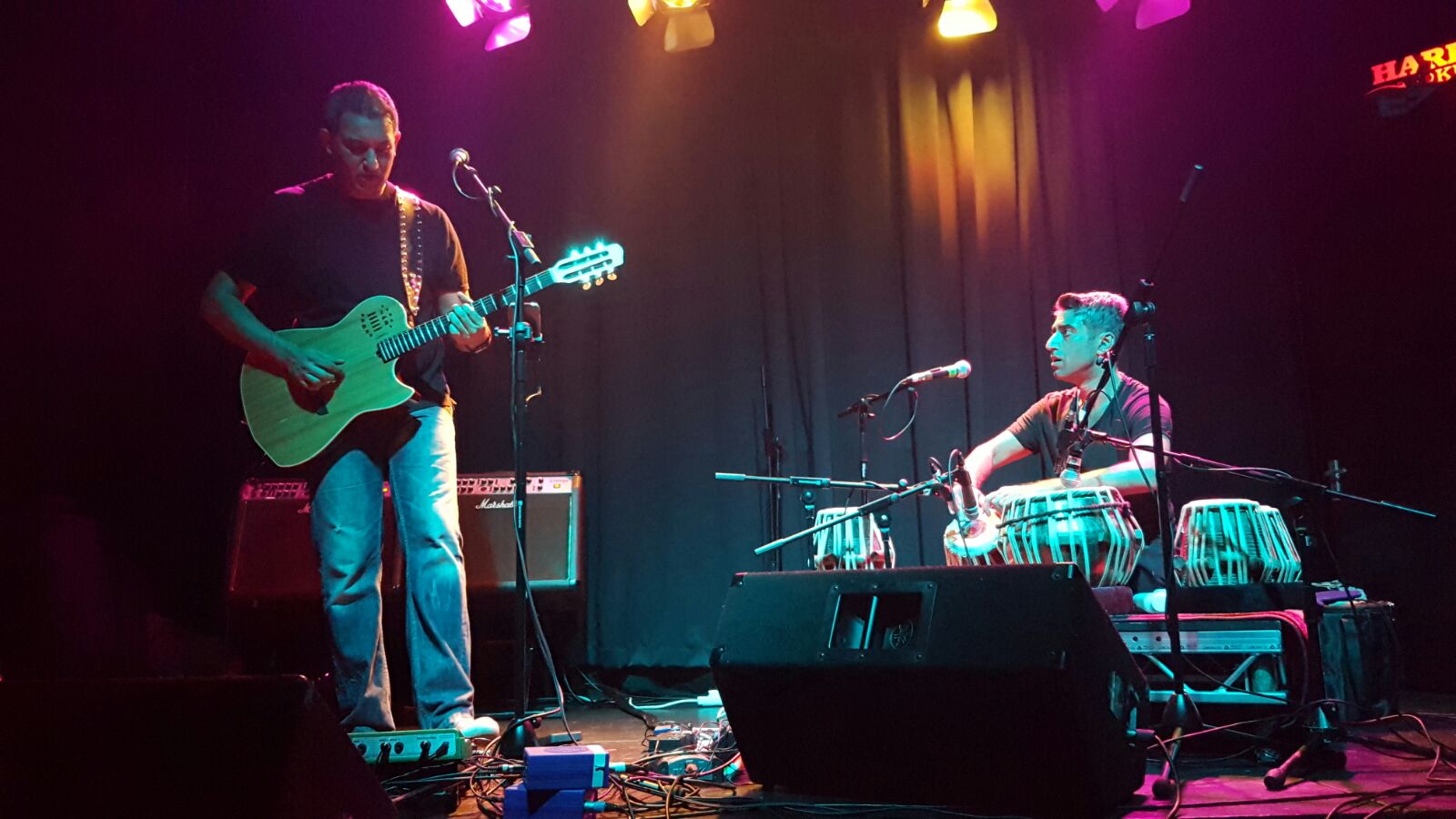