On the evening of Monday 20th February, Yorks Bakery Café on Stephenson Street was alive with enthusiastic music lovers who eagerly awaited a display of incredible musicianship and bright personality from two talented new artists. The sound of murmured discussions filled the truncated, diamond shaped room. A large tungsten light illuminated the name of the venue whilst the whirring sound of a barista coffee machine gently echoed amongst many friendly conversations exchanged in anticipation of the performances.

First to perform was Emily White, a singer-songwriter from Derby who, despite only recently surfacing on the local music scene, showcased an impressive repertoire of original songs whose skillful composition and narrative structure created an insightful window into the mind of the musician.
Emily sang with powerful timbre, captivating the audience and transforming the spectators into a sea of smiling faces beaming back at her. Emily’s love of soulful jazz was evident throughout her piano playing with impressive changes from staccato to legato in a constant tempo during her song “Colour Blind”. 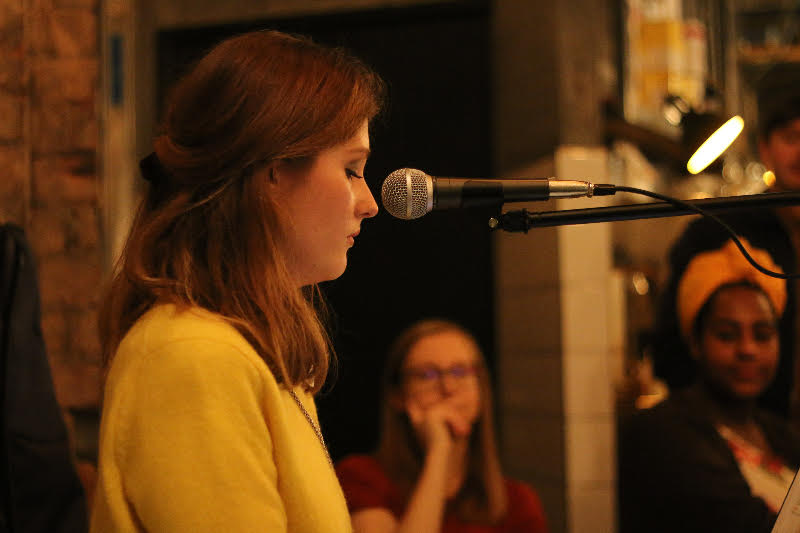 The melodic accompaniment changed from electric to classic on her digital stage piano half-way through the set. This simple, yet effective alteration provided the songs with a different feel. The slower songs, played through a classical piano matched the emotive resonance delivered by Emily’s vocals and lyrics. This was a great contrast to the electric piano melodies that accompanied Emily’s jocund performance of “The Enemy”.
Her soaring vibrato vocals astounded the crowd as rapturous applause followed the last note of her impressive recital. 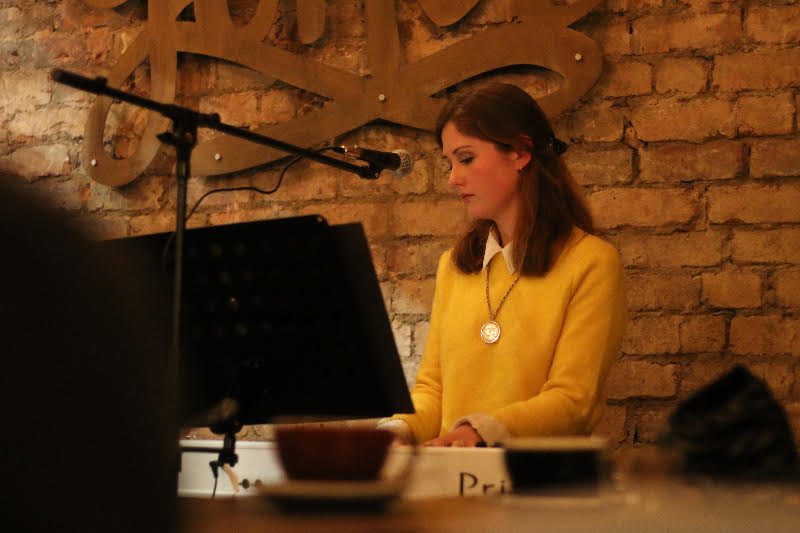 Next to perform was Dee Ajayi, a regular performer on the Birmingham music scene, accompanied by acoustic guitarist Olly Powell. She performed a set of original songs that were relatably written from a true and honest perspective and her soulful, angelic voice was mesmerising to listen to, instantly capturing the audience’s attention as spectators edged forward on their seats.

Dee sang a heartfelt song about her late father and the positive impact he had on her life. Evidently earnest and beautifully composed, the melodic notes danced around the room and encouraged the crowd to infectiously replicate her smile. The ambience altered from slow and calm, to a more upbeat tempo as she performed “Your Idea Of Perfect”, a song was about society’s unrealistic expectations of beauty. A few members of the crowd recognised this track and recited the lyrics back to her.

The audience began spontaneously tapping their feet as they sang along to Dee’s stunning cover of “Valerie” by The Zutons, performed in memory of Amy Winehouse, who also famously covered the track. This song fitted Dee’s cheery persona, and transported the crowd to the warm, summer sunshine of the great outdoors with the song’s narrative imagery. Dee also performed “Finishing Touches”, an original song about how individuals should be proud of who they are and what they stand for. This song was incredibly uplifting and evoked an emotional response with its combined positive and negative personal experiences of being unique.
Her finale, “For You” was a brand new song, showcasing Dee’s impressive vocal range. This was a real treat, particularly for the audience members who regularly attend her concerts.

Yorks Bakery Cafe certainly tantalised the musical tastebuds of Birmingham with this introduction to some promising Midlands-based artists.