With 2016 drawing to a close, we chose Hannah Brown’s gig at Ort cafe as our final review of the year. Nottingham-born Hannah has been making waves on the Birmingham music scene, recently showcased by BBC Introducing and rated as one of the “20 Birmingham Bands you need to hear now” by www.fredperry.com, so we knew this would be an event to inspire!

Ort Cafe was already bustling when we arrived, the cheery clamour of conversation instantly brightening the dreary December evening. The space was literally drenched in creativity, artwork adorning the walls and paint unabashedly splattered across the floor. Mismatched furniture was made festive with twisted tinsel and flickering fairy lights as the room filled with an enthusiastic audience, squeezing in to find a space close to the action. 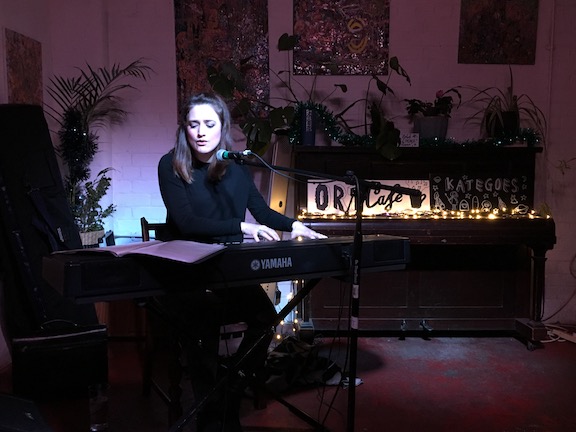 First to perform was newcomer Danielle Cawdell. Danielle impressed with whispering, breathy vocal tones breaking into sharp-edged passionate power as demanded by each ebbing and flowing melody, reminiscent at times of Birdy or Eva Cassidy.

Sharing a number of lyrically thoughtful original songs, Danielle found a new level of self and audience engagement and openly shone performing “At the River”, a song of intelligence and depth which demonstrated real potential in this up-and-coming new artist. The willing crowd joined in with a simple but emotion-fuelled refrain under Danielle’s gentle, unassuming command, pulling the listener deeper into the performance. 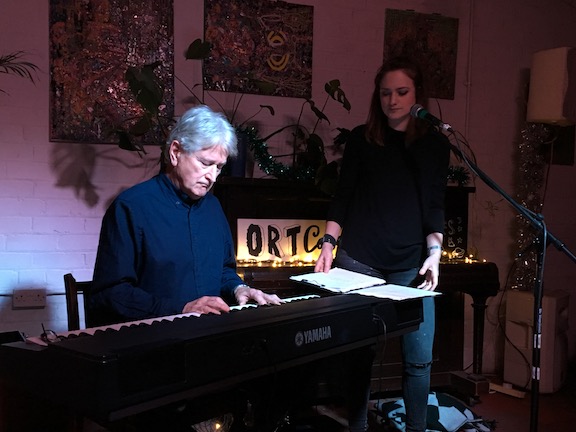 Danielle was joined by her father for the final few songs, her proud pianist parent providing a perfect pairing as she performed covers of “Don’t Explain” and “River”, pleasing the hearts and the senses of the touched audience.

Hannah Brown took the microphone accompanied by a stream of audible appreciation from the crowd, treating the audience to a journey through accessibly memorable melodies and home-hitting lyrics, willing the listener to sing along within a few short bars. 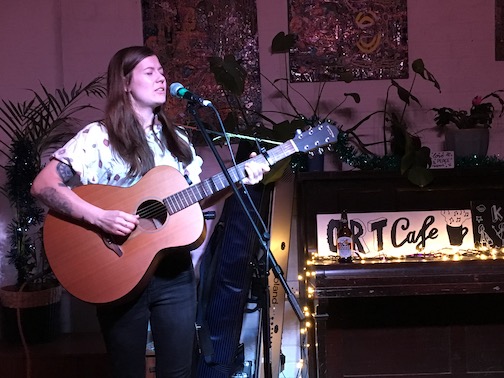 Effortlessly moving from heart-melting to heart-breaking, Hannah’s voice exuded a mellow pureness as she performed with a barely restrained passion – an iceberg of feeling giving just a glimpse of immense underlying emotion. The haunting highs of “Free” were a real highlight, touching back-of-the-neck nerves with spine-tingling beauty.

Giving insight into her experience of her craft, Hannah reflected on the creation of her most recent EP, released just a few weeks ago, describing the unique experience of producing a number of songs over a short period of time and capturing the music while it is “fresh” rather than the more usual process of “living with it for a year” and trying to recreate the essence of the song at a later date.

Hannah moved on to cover two popular Christmas songs. Her original take on Silent Night was uniquely her own and one which anyone could happily choose to revisit year after year and she united the audience with an inclusive performance of “Happy Xmas (War is Over)”, the crowd softly sharing in seasonal sentiments of peace through song. 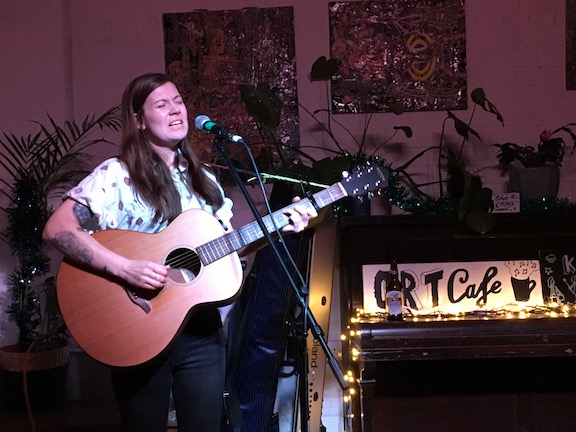 A final encore of Delilah’s “Go” proved a popular choice as Hannah closed the evening, expressing her thanks to the audience for their support during the event and across the year.

2016 has been, by her own report, a great year for Hannah and we look forward to following her journey next year! 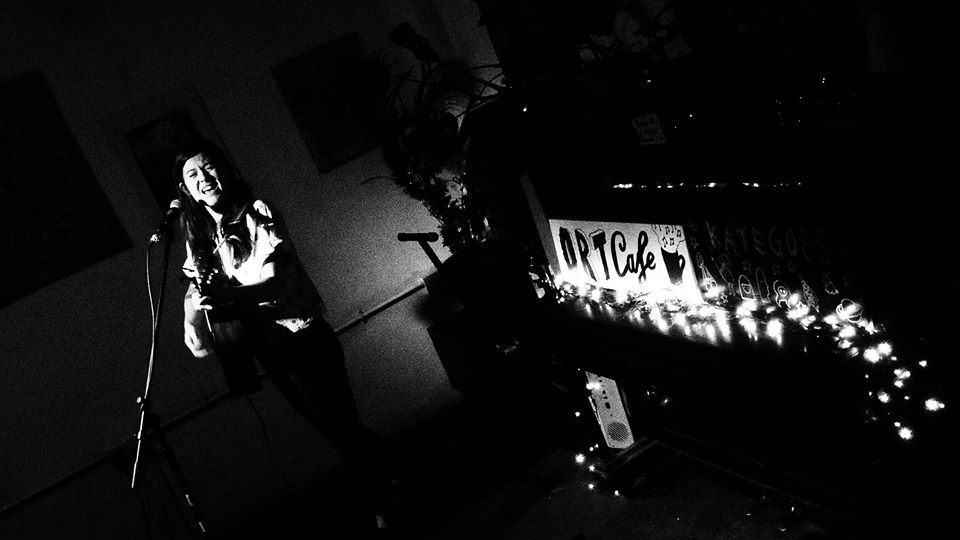 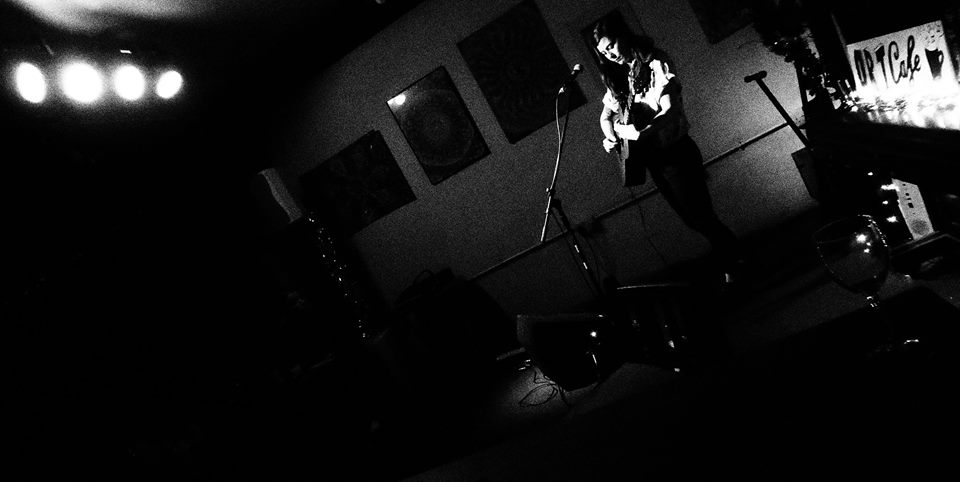 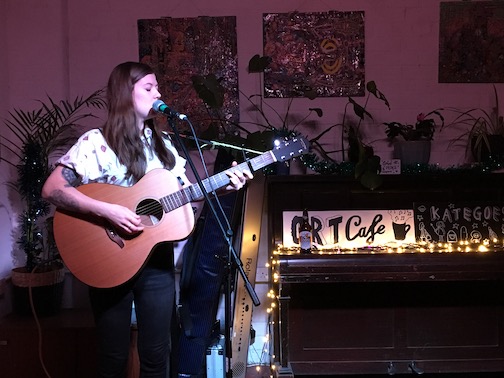 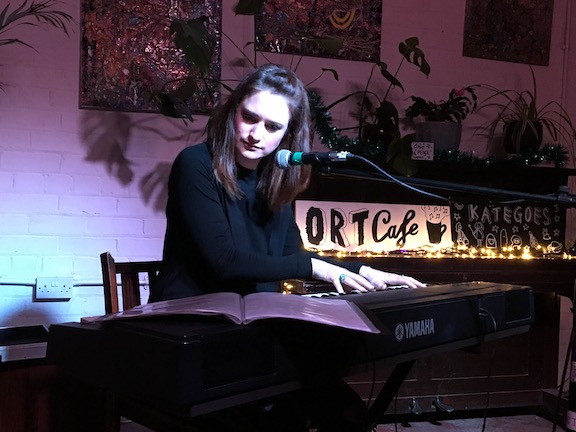