The ornate setting of the iconic Town Hall merged beautifully sculptured ceilings with lights that illuminated vivid magenta, soft red and a cool blue above the stage. The formality of the beautiful, classic architecture juxtaposed pleasingly with the easy informality of the event. A diverse audience of varying ages, backgrounds and outlooks began to fill out the seats and standing room of the space, preparing to be united by the power of music.

The band took to the stage to a burst of applause from the audience, each band member introduced by the eponymous hero of the night, Robert Glasper, who positioned himself between two keyboards ready to start the performance. 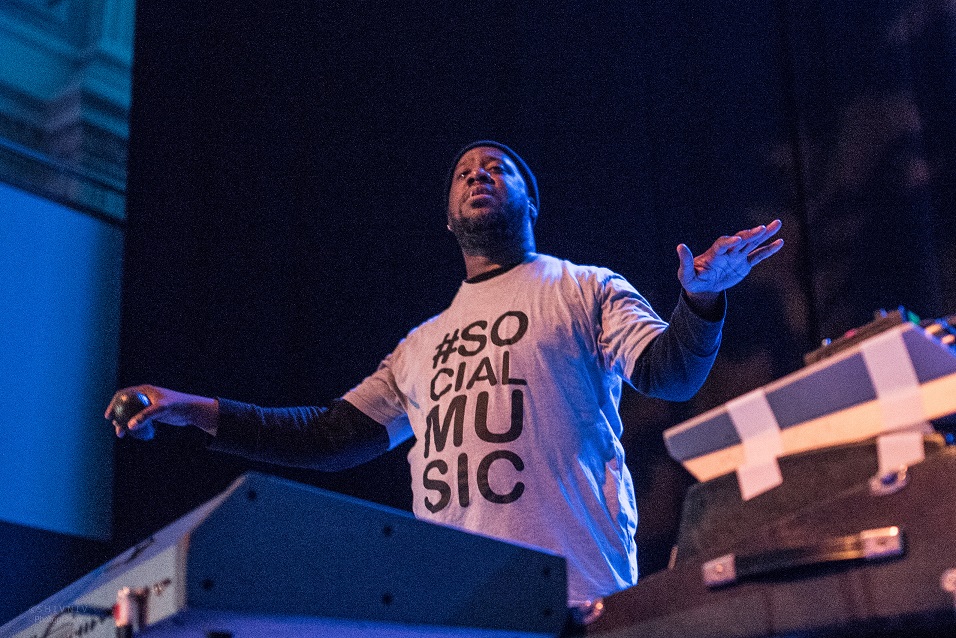 This was an auditory experience beyond comparison. The music began as a simple, central theme, restrained yet lively, and then grew, building in pace and complexity to a seemingly unsustainable energy; then, as if from nowhere, returned to ground.

Challenging changes of tempo, tone, time and timbre around notes which appeared to have been plucked from nowhere gave the music a twisting, malleable form, constantly changing shape like rainbows of oil on water – never quite settling on a shape before shifting and becoming something new.

Each musician was given the chance to shine as the night progressed. The seemingly free-flow form of the music gave the chance to explore the outer boundaries of each instrument’s limits ranging from huge variations in pitch and tone to the contrast of pure instrumental versus electronic manipulation. Impactful changes of pace, the mood matched by masterful changes of lighting, kept the crowd guessing with a surprising twist or turn around each musical corner of the evening’s journey through jazz. 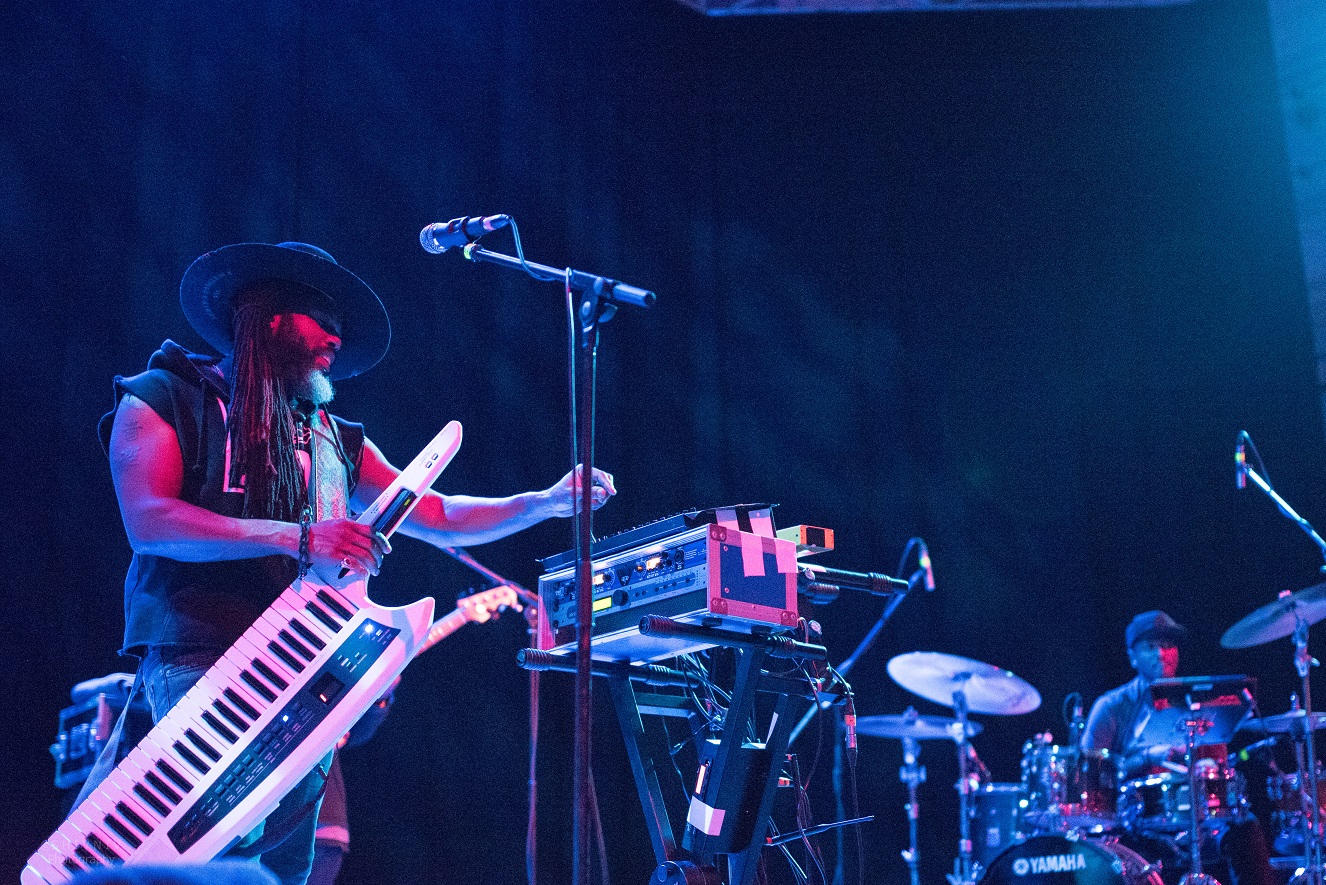 An acrobatic lightness of key-work made Benjamin’s saxophony compelling to watch, a universe of notes being expelled in every breath. Smooth, warming vocals were periodically electronically modified to add intrigue and contrast to each piece.

Glasper effortlessly manipulated two adjoining keyboards simultaneously to create depth and variation of sound. Fingers moving too fast to see clearly in the low light of the stage, he seemed to identify and experiment with every possible approach to every possible note, and then to create a few new ones to boot.

Complex rhythms, seemingly impossible to create in real-time with human hands, spilled from the drum kit under the expert control of Colenburg, whose able and energetic mastery assisted each piece to burst into a greater depth of life with the flick of a drumstick. 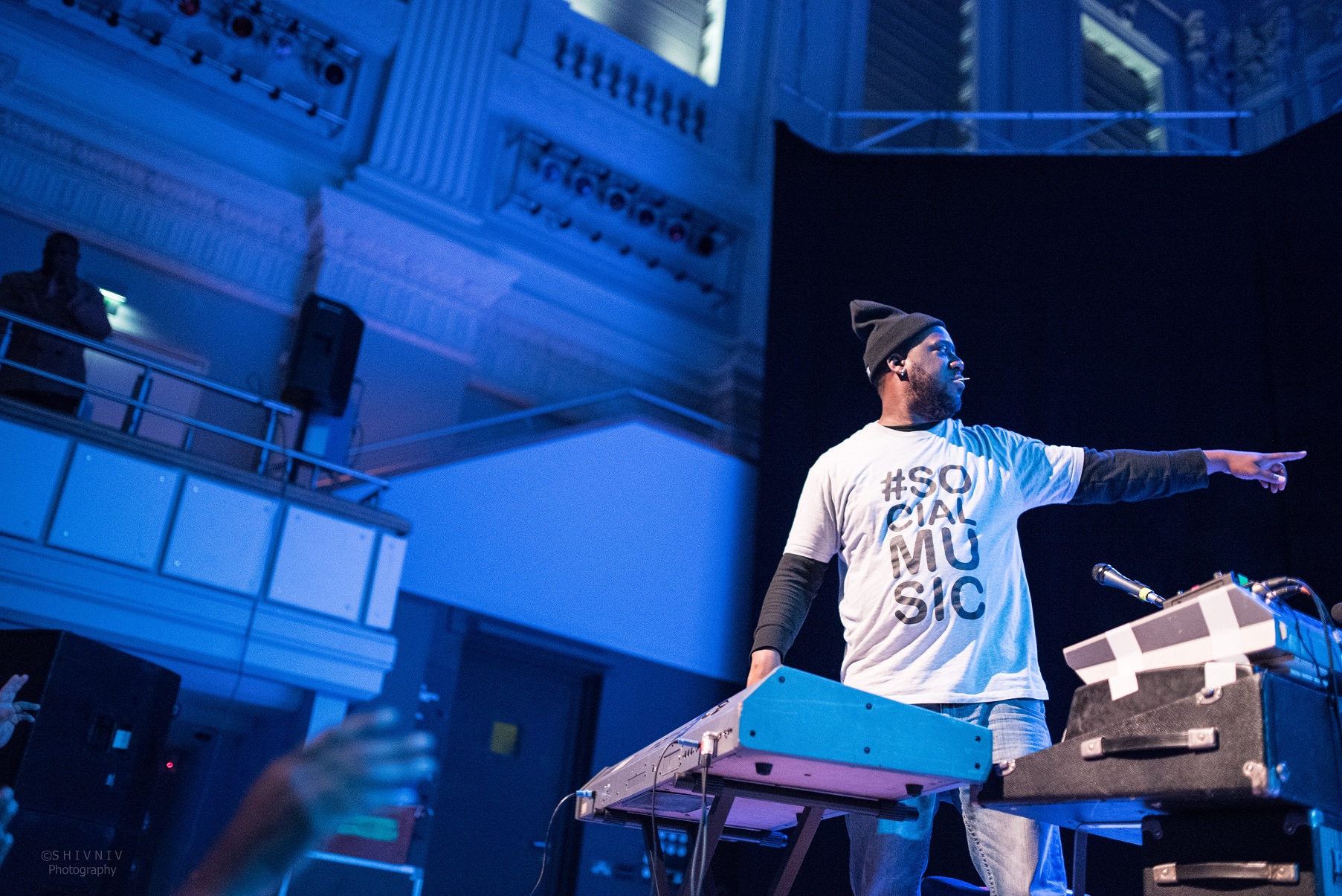 A steady, rhythmic bass was created by Hodge, nodding his head rhythmically like a human metronome, maintaining balance and order amongst the carefully executed chaos.

The gravitational field of the bass and the underlying beat pulled the spiralling galaxy of free-flowing sound back to its centre. The resulting cacophony of sound was mind-bogglingly foreign yet simultaneously familiar, achingly challenging and overwhelmingly engaging.

The crowd, some seated in formal rows in the upper echelons of the towering room, some standing in the open space in front of the stage, exuded a range of reactions as diverse as the music itself – varying from nodding and swaying to feet chuffling and whooping, each response as valid and vindicated as the next. The urge to dance spread like infection through the crowd, creating an epidemic of waving arms, swivelling hips and moving feet. A sea of hands clapped in time on command, subordinated by an off-beat cowbell.

Glasper’s deep, soothing voice – like the bedtime story described in one of his songs – connected with the audience, speaking as if to a dear friend. Comedic timing and interjections of classic recognisable melodies retained a lightness and engageable accessibility to the event.

This was an evening of music which made an impact. Delectable confusion of the musically ordered brain looking for a solid, relatable tune and firmly maintained 4/4 structure, but never quite finding it. Elation of the soul swept up in the flowing, vibrant energy created by the seamlessly synced musicians. Awe of the musical mastery on display, fast hands creating a spiralling spool of sound, endlessly tumbling but always controlled.

Creating a refreshing and eye-opening encounter which took music beyond all known boundaries, The Robert Glasper Experiment appears to have developed the perfect formula for extraordinary musical experience. 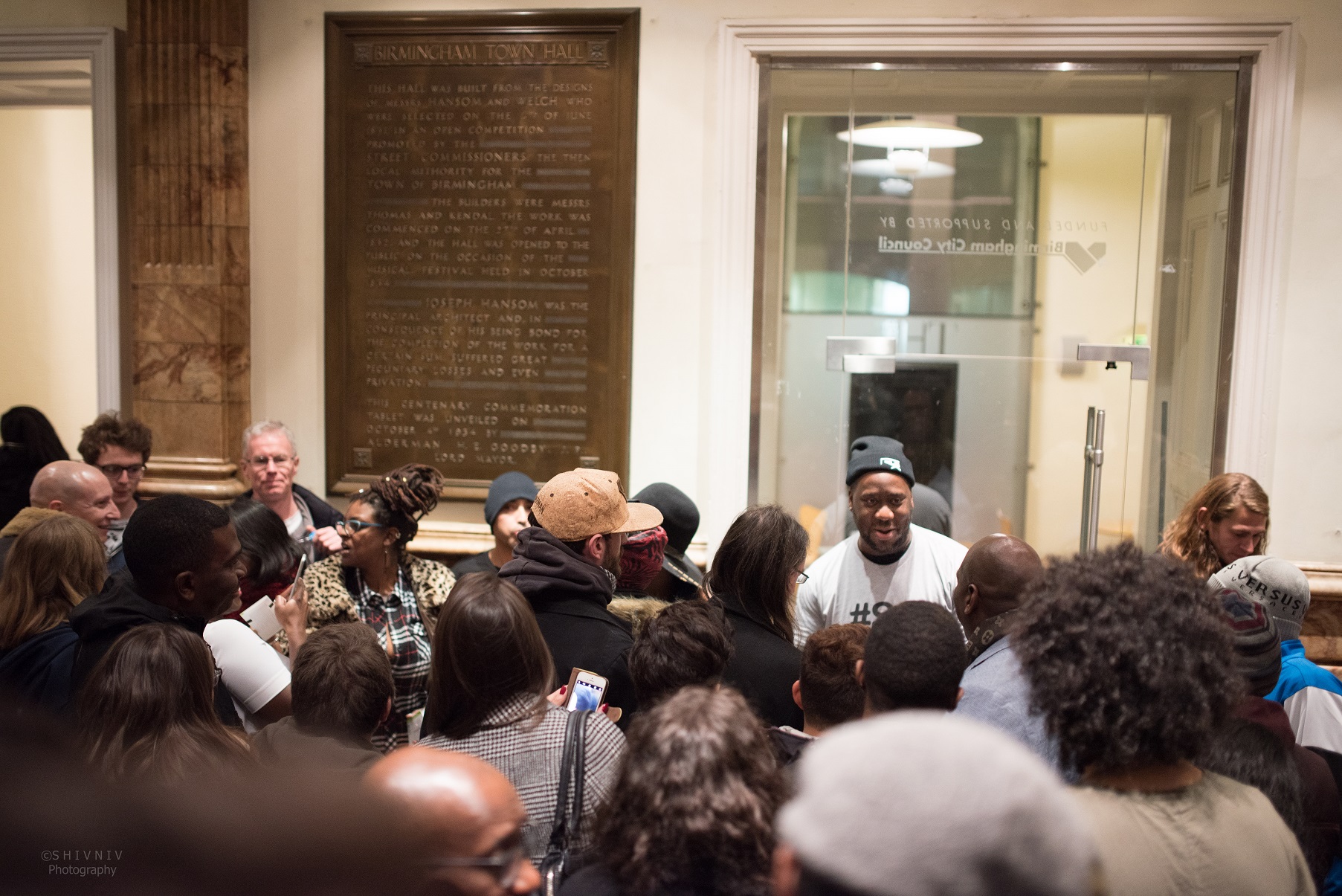 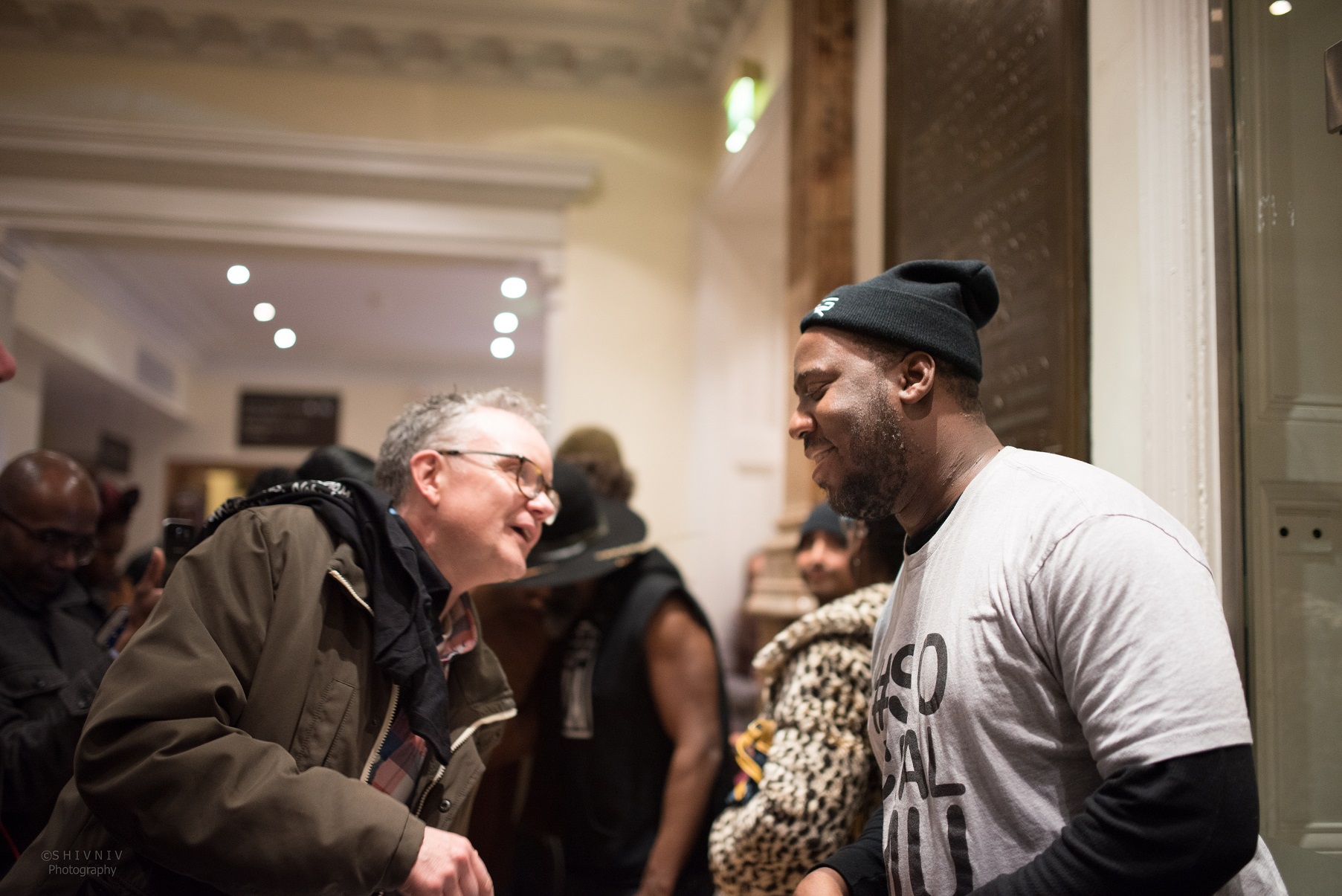